This survey of 1,791 farmers across 17-provinces in China attempts to illuminate some of the forces affecting Chinese farmers’ ability and willingness to retain, use, and improve their farmland. The survey’s findings show that urgent reforms are necessary in order for China to promote social stability and continued economic growth.

This is a matter of urgency given its impact not only on 700 million rural Chinese, but also on global food security, economic growth, and stability.

The survey is the sixth in a series by Landesa, in cooperation with China Renmin University and Michigan State University. Conducted in mid-2011, the survey covered 1,791 households in 17 provinces that together contain an estimated three quarters  of China’s rural population (Anhui, Fujian, Guangxi, Guizhou, Hebei, Heilongjiang, Henan, Hubei, Hunan, Jiangsu, Jiangxi, Jilin, Shaanxi, Shandong, Sichuan, Yunnan, and Zhejiang). The previous surveys were done in 1999, 2001, 2005, 2008, and 2010. The findings are accurate within ±2.3 percent (at the 95 percent confidence level) for the entire rural population of these 17 provinces.

I. Documentation and Women’s Land Rights

One of the best indicators of tenure security is whether farmers make mid- to long-term investment in land they farm. Typically farmers need to have reasonable confidence in the long-term security of their rights to land in order to make such investments and this is what makes secure land rights a spark for broad-based rural development. 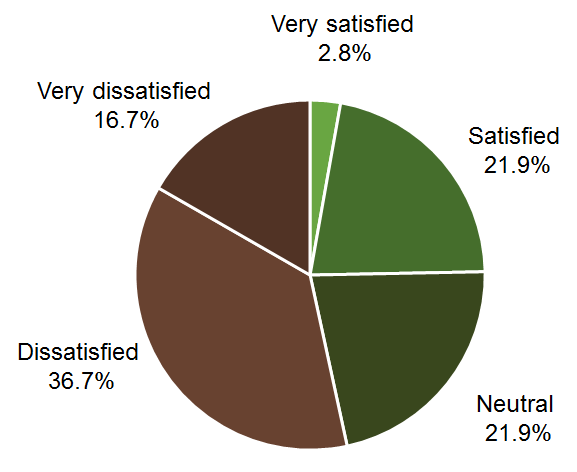 In recent years local authorities have increasingly carried out programs that consolidate farmers’ foundation plots for alternative uses or entirely moved farmers to urban areas making them commute to their farmland. The survey shows that more than one out of six villages (17.7%) have experienced or are currently carrying out such programs.

To ascertain more information about this relatively new phenomenon, Landesa conducted a special survey, interviewing farmers in 191 townships. The findings in the remainder of this section are based on this separate survey:

The overall picture here is troubling, because this new urbanization program was started in an attempt to preserve and reclaim some of the country’s farmland. Instead, only a small percentage of the vacated residential land – and a minority of even the vacated farmland – is being used for agricultural purposes

To make an enduring dent in tenure insecurity and to improve welfare for its 700 million rural people, China must consider carrying out fundamental reforms of the tenure system and strict enforcement on the ground.

The enormity and complexity of the issues – the growing concern over the nation’s food security, the further worsening of the rural-urban disparities, and millions of rural people’s land rights continuing to be unjustly taken away or undermined each year – require fundamental improvements to the current tenure system.

It is clear that the compensation standards in land takings must be substantially improved  to ensure the long-term ability of farmers to maintain their livelihood. It is also worth noting that a major reason for farmers’ dissatisfaction is the lack of public participation because these important decisions have been made unilaterally by local authorities. The opportunity to be fully informed, to be heard, and to meaningfully influence government decisions is a critical right in itself. These are among the key points that the revision of the Land Management Law – and the plans for its implementation – must take into consideration.

The survey data indicates that $58 billion yuan were generated by farmers’ incremental investments in their land in 2010 alone.  It is useful to keep in mind that this comes from only a minority of farmers. The amount of untapped potential that could be unleashed by secure land rights for the countryside that are established and near universal is enormous.

Japan and South Korea sparked their economic miracles through rural development based in substantial part on broadly distributed secure land rights for farmers.

This truly holds the key to decisively solving the rural-urban income gap and creating a prospering rural middle class of 700 million plus people, which will benefit both China and the rest of the world enormously.