How does Landesa work on land rights when governments are in charge of that policy?

Only governments can extend or provide secure land rights to their citizens. Our job is to work in partnership with local governments, aid agencies and other partners to assist with reforming land law and policy, providing technical assistance, implementing new programs, and conducting measurement and evaluation services.

Senior leaders in countries where land reform is an issue are increasingly recognizing the value of Landesa’s experience, approach and impact.  Landesa’s research and reform recommendations combine grassroots village fieldwork with legal and policy analysis to forge practical, economically feasible, market friendly solutions that benefitpeople living in rural areas, where extreme poverty is common.  Landesa’s experience from working in over 50 countries brings a unique and unbiased perspective on what could work, what has worked and what may not work.

Doesn’t land reform mean taking land away from people who already own it? How is this fair to existing landowners?

The “land-to-the-tiller” reform carried out in South Vietnam between 1970-73—our first engagement— paid large landlords in the Mekong Delta in eight-year bonds worth 2.5 times gross crop value for land redistributed to 1 million tenant farmers. Although implemented too late to halt the war, this “land-to-the-tiller” program boosted rice production by 30% (even in the midst of war), and cut indigenous Vietcong recruitment within the South by 80 percent. This reform proved to be so successful that it became a major reason why, during the 1980s, the communist government of Vietnam abandoned collective farming and adopted the family-farm model of the South for the whole country.

In recent years, Landesa has also focused on reorganizing collective and state farms, and on establishing private land rights for family farmers in the former communist economies—including the right to buy, sell, mortgage, and pass land by inheritance. These programs typically involve moving land from public ownership into private ownership or equivalent long-term private tenure.

Landesa is currently promoting new models of land reform in some of the low- and middle-income countries where deep rural poverty persists. In India, for example, Landesa is promoting the distribution of house-and-garden plots (micro plots) of roughly one tenth of an acre. This size plot can provide an impoverished family with a substantial part of their nutritional needs, a place for their own house, bargaining power in the sale of their agricultural labor, access to affordable credit, a cushion against small disasters, and increased status in the community. Even if distributed to everyone in rural India experiencing poverty, this strategy would require the re-allocation of less than one percent of the country’s cultivated land. The needed land could in part be granted from public lands, with the remainder of the needed land acquired on the market at a cost of less than $100 a family.

Do governments pay you directly for your services? If not, why not?

Landesa is not paid directly by governments. Given the pressing needs of most economically developing countries, their governments often don’t have the necessary resources. Although governments do not pay directly for Landesa’s services, they often provide in-kind assistance such as lodging, local travel, meals and other logistical and technical support. Our work is supported by aid agencies, foundations, and individual donors.

What relationships do you have with NGOs and other civil society organizations in the countries in which you work?

Landesa works closely with a variety of NGOs and civil society organizations that have parallel or overlapping interests. We have established such relationships in nearly every country in which we work.

How is Landesa funded? 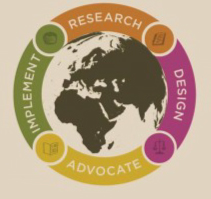