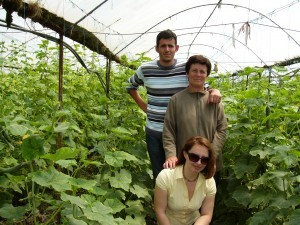 Albania is one of the smallest European countries and one of the poorest. Albania gained its independence from the Ottoman Empire in 1912, was briefly conquered by Italy in 1939, and from 1944 to the early 1990s was ruled by a communist government.

Today, Albania is a multi-party democracy. During the communist period, the state owned all land and formed large-scale cooperatives and state farms. The post-communist introduction of individual property rights is organized by land use category (e.g.: agricultural, forest, pasture, urban housing, industrial, and other lands and properties). Agricultural lands that had been collective farms were equitably divided by area and type among the former agricultural workers, who received full ownership rights of their parcels. Occupants of urban apartments and individual houses were given ownership of their dwellings and a minimal amount of land around the dwelling. Legal rules exist for restitution of and compensation for land expropriated by the government prior to 1945, but most of the claims have not yet been settled.

Landesa co-conducted an evaluation of the status of an ongoing Albanian land registration and land market project. October 2000 to December 2000.