Inheritance Of Agricultural Land By Women: There Is Distance Yet To Travel 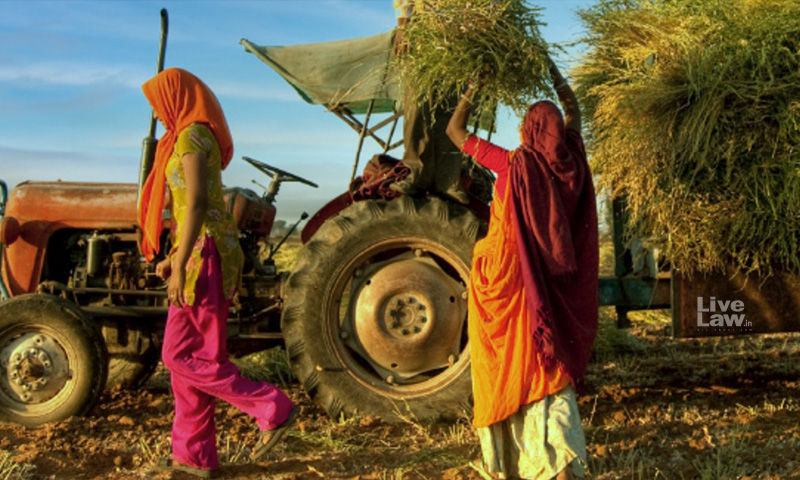 This blog was originally published by Live Law.

By Shipra Deo and Robert Mitchell

Over the past 100 years, restrictions on Hindu women’s property rights have undergone various changes. A 2000 report by Law Commission of India notes that the earliest legislation bringing females into the scheme of inheritance was the Hindu Law of Inheritance (Amendment) Act, 1929. Subsequently, the Hindu Women’s Right to Property Act, 1937 brought considerable changes in the law of coparcenary, partition, alienation of property, inheritance and succession. It provided better property rights to women but was confusing and gave rise to several anomalies. The Hindu Law Committee set up in 1941 introduced the Hindu Code Bill in the Legislative Assembly in 1947, but it had to be shelved in the face of stiff resistance from orthodox sections of the society. Later, when the Hindu Succession Act, 1956 (HSA) came into force, it gave significant rights, but still fell gravely short of introducing equal inheritance rights for women.

The Unresolved Issue Of Agricultural Land

Several of the shortcomings of HSA were resolved through an amendment Act in 2005, but the implications of one key change have not been fully embraced by all States. Section 4(2) of the unamended HSA 1956 was a distinct source of gender inequality. It stated that HSA did not affect the provisions of any other law that prevents fragmentation of agricultural holdings, that establishes land ownership ceilings, or that provides for devolution of tenancy rights in such holdings. In simple words, section 4(2) explicitly excluded inheritance of tenancy rights in agricultural land from the purview of HSA 1956 and left such inheritance to be governed by the State tenurial laws.

The Standing Committee of Parliament on Law and Justice in its report on Hindu Succession Amendment Bill 2004 noted various views on Section 4(2). After hearing arguments for and against the section’s retention, the report recommended that HSA 1956 be amended to remove section 4(2) since it was a barrier to gender equality.

Several scholars and women’s rights advocates hoped that the removal of this section would put an end to gender discrimination in inheritance of agricultural lands, but the evidence unfortunately points otherwise. Despite removal of section 4(2), several States, including Punjab, Himachal Pradesh and Uttar Pradesh, continue to apply tenurial laws that deny women’s right to inherit agricultural land.

Even as the State adopted further amendments in 2020 and became the first State to explicitly recognize the inheritance rights of people belonging to third genders, the State failed to put an end to the discrimination meted out to married daughters.

An Array Of Overlapping Laws

Important for our discussion, while agricultural land falls under Entry 18 of the State List, issues related to ‘wills, intestacy and succession’ are part of Entry 5 of the Concurrent List. In the case of inheritance of agricultural land, the overlap between these two entries has tested the understanding of various courts.

In this context of legal plurality and competing values, numerous State court judgments have sought to clarify the relationship between Union law and State law regarding inheritance of agricultural land.

In Nirmala v. Government of NCT (2010) the Delhi High Court declared that removal of section 4(2) from HSA 1956 allows HSA to override any other law in force before the section’s removal, in so far as that law is inconsistent with HSA. It also mentioned that the removal of section 4(2) is very much a conscious act of Parliament, which clearly did not want the unequal treatment of women pronounced in the Delhi Land Reforms Act, 1954 and other similar laws to continue.

In Roshan Lal v. Pritam Singh (2018) the Himachal Pradesh High Court reached a similar conclusion. The court referenced the continued social struggle to change the ancient Hindu Law to create a more gender equitable, consistent and coherent system of jurisprudence. It noted that the whole object and intent of removing section 4(2) was to offer absolute rights for women, regardless of the nature of the property a woman holds.

However, in Archna v. Dy. Director of Consolidation, Amroha (2015), the Allahabad High Court held that the tenurial law of the State would prevail over HSA. The court began with a clear explanation of why Union law must prevail over an inconsistent State law where the laws deal with the same subject and are repugnant to one another. The court proceeded to reason that the tenurial law of UP and HSA are not repugnant to one another since they deal with different subjects, though the analysis is admittedly a bit hard to follow. The court also concluded that even if there is a repugnancy between the State and Concurrent Lists in this matter, the President of India’s assent to the UP Act allows that Act to prevail.

There is thus a clear disagreement among the State courts.

A recent opinion of the Supreme Court of India may shed further light. In Babu Ram v.Santokh Singh (2019) the Court considered whether the preferential rights of co-heirs under section 22 of HSA would apply to agricultural land. The court distinguished between transfers made inter vivos (during one’s lifetime) and transfers of land by succession (occurring by operation of law after the owner’s demise). States are competent to legislate on inter vivos transfers of agricultural land, while the Centre and States share jurisdiction on transfers of any type of land by succession. The court ruled that the clause of preferential rights of co-heirs outlined in HSA will apply to agricultural land since the State law lacks a corresponding provision.

A Distance Yet To Travel

Last year the Supreme Court pronounced, loudly and unequivocally, that daughters — irrespective of their marital status — shall enjoy equal rights as sons to inherit family property governed by HSA. A similar pronouncement is needed to uphold the rights of daughters in agricultural land.

“This disagreement among the courts regarding inheritance of tenancy rights in agricultural land merits the attention of the Parliament, which can bring in an overarching law about the equal rights to all daughters – irrespective of their religion – in all kinds of lands,” says Prof. (Dr) Kiran Gupta, of University of Delhi.

Such an overarching law can go a long way in ensuring complete legal rights to all daughters and help India take leaps in ensuring justice to her daughters.