Land rights of women are key to break the gender bias 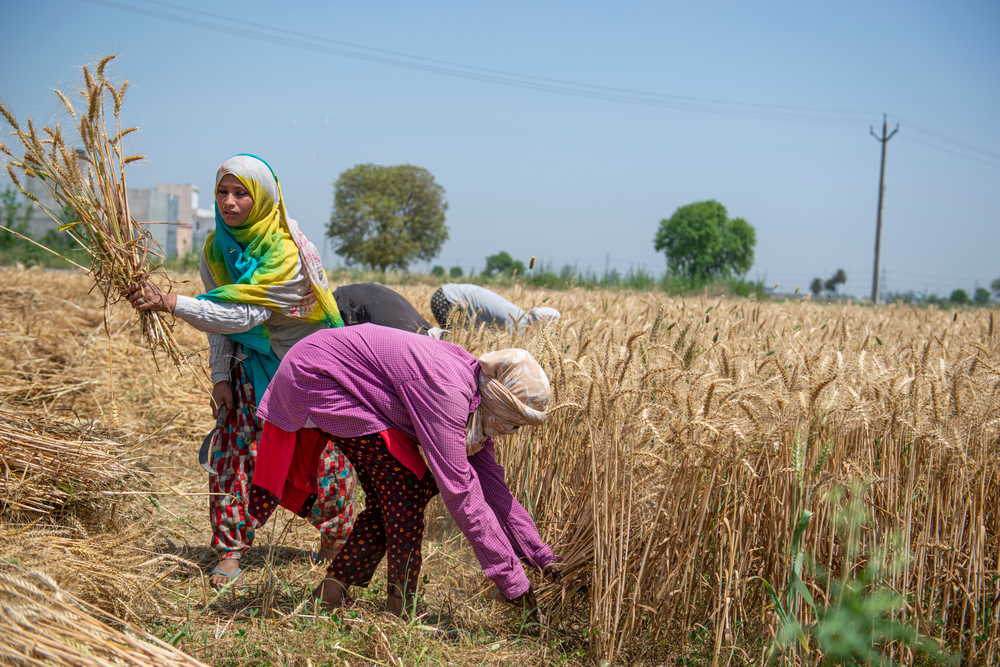 This blog was originally published by Future of Earth.

Earlier, Anwar worked in Mumbai as an embroidery worker, but he was not able to work for the last three years because of a spinal injury. As he lost his work, the family faced livelihood challenges. It was during this time when Noor Begum and the other eleven women of her village Self Help group discussed the idea of collectively leasing in land and cultivating vegetables. Noor Begum was enthusiastic to try.

At the time they decided to jointly lease land, neither Noor Begum nor her friends knew that this was the beginning of far-reaching changes they would help bring to their community.

As the women searched for land to lease, the big landlords in the village were somewhat hesitant to lease to them. They doubted if women would be able to farm by themselves and responsibly pay the lease terms.

In the first season, it was an elderly woman in the village who agreed to give Noor Begum and her group around 2.5 acres of land on lease. Noor Begum and her group members worked diligently in managing all aspects of the farming operations. Together, women made decisions about what crops to grow, when to irrigate, when to do interculture operations, when to harvest, and where to sell.

By the end of the season, and despite the challenges posed by COVID, the group had earned a good profit. They broke the bias by showing what they could do and answering those who had doubted their capacity and their resolve.

The considerable profits they earned in the first season gave the group confidence to expand their farming area in the subsequent season. Since then, they have defied a series of biases and norms that doubted women’s ability to farm independently. Their success has helped them establish an identity for themselves as capable farmers and normalised the idea of women as farmers more generally.

It is from her earnings last season that Noor Begum was able to purchase and present a mobile phone to her husband Anwar, and everyone in the village talked of it.

Anwar acknowledges, “Initially I was not convinced that women can do farming by themselves, but my wife insisted to her participation. The women’s courage and hard work have shown their potential. Many other women in the village now want to come together to farm.”

Those of us who have the privilege of working with rural women recognise that a great number of gendered norms and practices contribute to the gulf between men’s and women’s access to and ownership of land.

A recent study by UNDP reveals that close to 90 percent of men and women globally hold some sort of bias against women. These biases, which are expressed in stereotypes, attitudes, perceptions and norms that operate at all levels, from family to local community, from land administration to broader governance, and from public institutions to civil society, prevent women from realizing their full potential.

This represents not only a loss for each woman personally, but also deprives the community and the broader society of the full benefit of women’s creativity and talent. In this way, the biases against women continue to hinder the social, economic and sustainable development of nations around the world.

Acknowledging that biases exist is easy but confronting and dismantling them is a difficult process. Our society poses rigid expectations on how women should behave and often inflicts harsh penalties for those who transgress these boundaries.

“How could you come this far. Didn’t you ever fear any backlash?” I ask Noor Begum.

“With the other women of the group alongside, things were easier,” she quickly responds.

Many of us have witnessed that women, with support of each other, can make headway in changing these norms and practices. The collectives, when leveraged through thoughtful efforts to build their intrinsic and instrumental agency, often provide a safe space for women to discuss their concerns and decide strategies to act.

Independent access to land and stronger rights to own and manage land and other assets accelerate this process. They are integrally linked to measures to change the ideology and structures of patriarchy within the family and in social relations.

In the recent decades there has been an increasing recognition that the fight for gender equality is a story of bias and prejudices.

No one yet knows how long it will take to uproot the horde of biases and create a world where men and women are treated equally, but then no one knew that Noor Begun could one day gift a mobile phone to her husband.