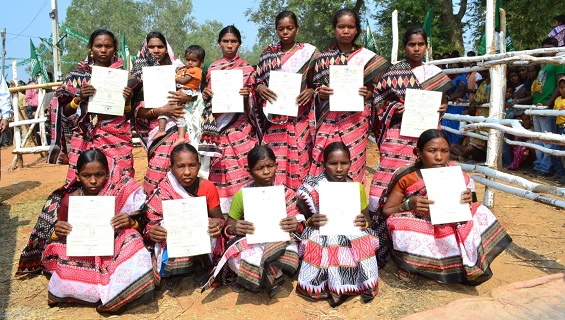 February 4, 2013 — 533 poor tribal families received legal title to plots of land on which they could build a house, grow crops and be secure.

These tribal families have lived in the area for generations, but without legal control over the land they farm.  They have been vulnerable to land seizures, and lived from season to season without any secure control over the land upon which they depend or any incentive or opportunity to plan for a better future.

Each family received a plot of land about the size of a tennis court.

This latest crop of new landowners is part of an ongoing partnership between the state government of Odisha and Landesa. More than 30,000 formerly poor and landless families have benefited thus far.

Access to and control over even small plot of land about the size of a tennis court can have a significant impact on family income and mean the difference between hunger and health, education and illiteracy.  A significant added benefit for families is access to  other government services – such as agricultural extension services, subsidized horticulture starter kids and housing programs – , which they gain when they become landowners.

The State’s Chief Minister Naveen Patnaik, who was in attendance at the “patta” (land title) distribution ceremony,  has extended the program to more than 19,000 villages in 12 districts, which will enable half a million tribal families to receive these land titles. 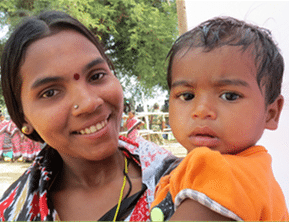 “My mother-in-law had a very hard time in bringing up my husband and his three sisters all alone working as a daily wage laborer. She starved for days together so that she could feed her four children. Even today at 60, she works alongside my husband to feed the family that now includes my three children too. I’m happy that this patta can give her some solace.” – Remanti Kadraka