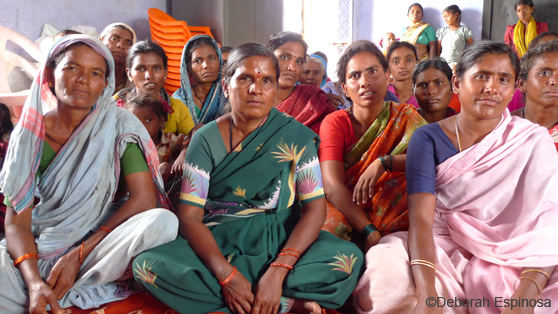 Paralegals serve as a connection between rural communities and the Indian government to help address land-related issues by providing legal aid. The national government of India and Landesa’s partner, RDI, have been developing a paralegal model and on October 30 they announced that the program is scaling nationwide – expanding to 60 districts across the country.

High-level officials including the chief minister of Andhra Pradesh state – where the expansion will begin – and the national minister of rural development attended the conference to endorse the program. Other politicians, law school professors and students, land rights experts, researchers, development practitioners and journalists also attended the technical conference where participants presented their views to resolve the land issues of poor by providing legal aid.

RDI presented a declaration that called for institutionalization and integration of community-based paralegals at all levels of the governance system in the country. It called for updating land records at the state and national level at regular intervals. It also highlighted the need to establish land rights and paralegal centers and coursework for paralegals to entice law students to develop careers in addressing land issues concerning families living in rural poverty.

Jairam Ramesh, the Indian Minister of Rural Development, emphasized the role of paralegals, saying that their role in resolving legal issues could help the government in its development agenda.

For more information on Landesa’s work with RDI to develop programs in India, visit our Landesa in India page.