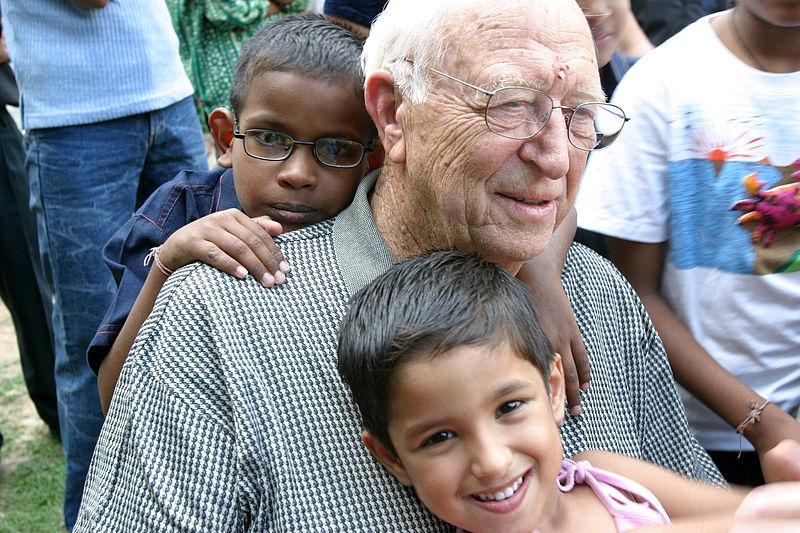 We are saddened to learn of the passing of Bill Gates, Sr., and join our friends and colleagues in the Seattle community and around the world in extending our deepest condolences to his wife Mimi, his children Kristi, Bill and Libby, and their families.

In Bill Gates, Sr., the world found an unparalleled advocate in the struggle for equality, justice, and prosperity for all. He was “the giant sequoia” in the field of international development, as Landesa Board Member Jennifer Potter once described him. He was unwavering in his belief that the world’s most persistent challenges could be solved by improving laws and policies to deliver change at a massive scale. Bill was an early believer in the transformative power of land rights to end poverty and improve lives around the world, and much of Landesa’s early success is owed to his visionary support.

“Bill brought a tireless optimism to his work and believed that no problem was so great that it was beyond reach. He placed his faith in Landesa when it was still just a shoe-string operation. His confidence and generosity put Landesa on a completely new trajectory, and his legacy is felt today across our work in over a dozen countries,” said Chris Jochnick, Landesa CEO.

“Bill’s longstanding interest in, engagement with, and support of Landesa from its early years helped transform the fledgling organization into a global Top-10 NGO. More importantly, his active engagement, inspired by a belief that law should be used as a tool for positive social impact, helped provide economic opportunity for tens of millions of poor women and men. I will forever be inspired by his example. In a me-first world, he unselfishly used his talent, time, position, and network to make the world a better place,” said Tim Hanstad, Landesa Co-Founder and Board Member.

“Bill was a great lawyer, community leader, philanthropist, and social innovator. His life was characterized by service for others. His passion for using the law to uplift the marginalized was inspiring. When Landesa was small and struggling, he saw its potential and became one of our greatest champions. Bill was generous with his time, his advice, and his connections. He could be tough in his efforts to seek greater impact, but was also quick to offer an encouraging word, a warm smile, and a hearty laugh. The world has lost a remarkable man,” said Roy Prosterman, Landesa Founder and Chairman Emeritus.

In 2018, it was our privilege to award Bill Gates, Sr. the inaugural Roy L. Prosterman Humanitarian Award, in recognition of his contributions to ending poverty and improving lives around the world. Bill’s impact will continue to be felt and he will be sorely missed.