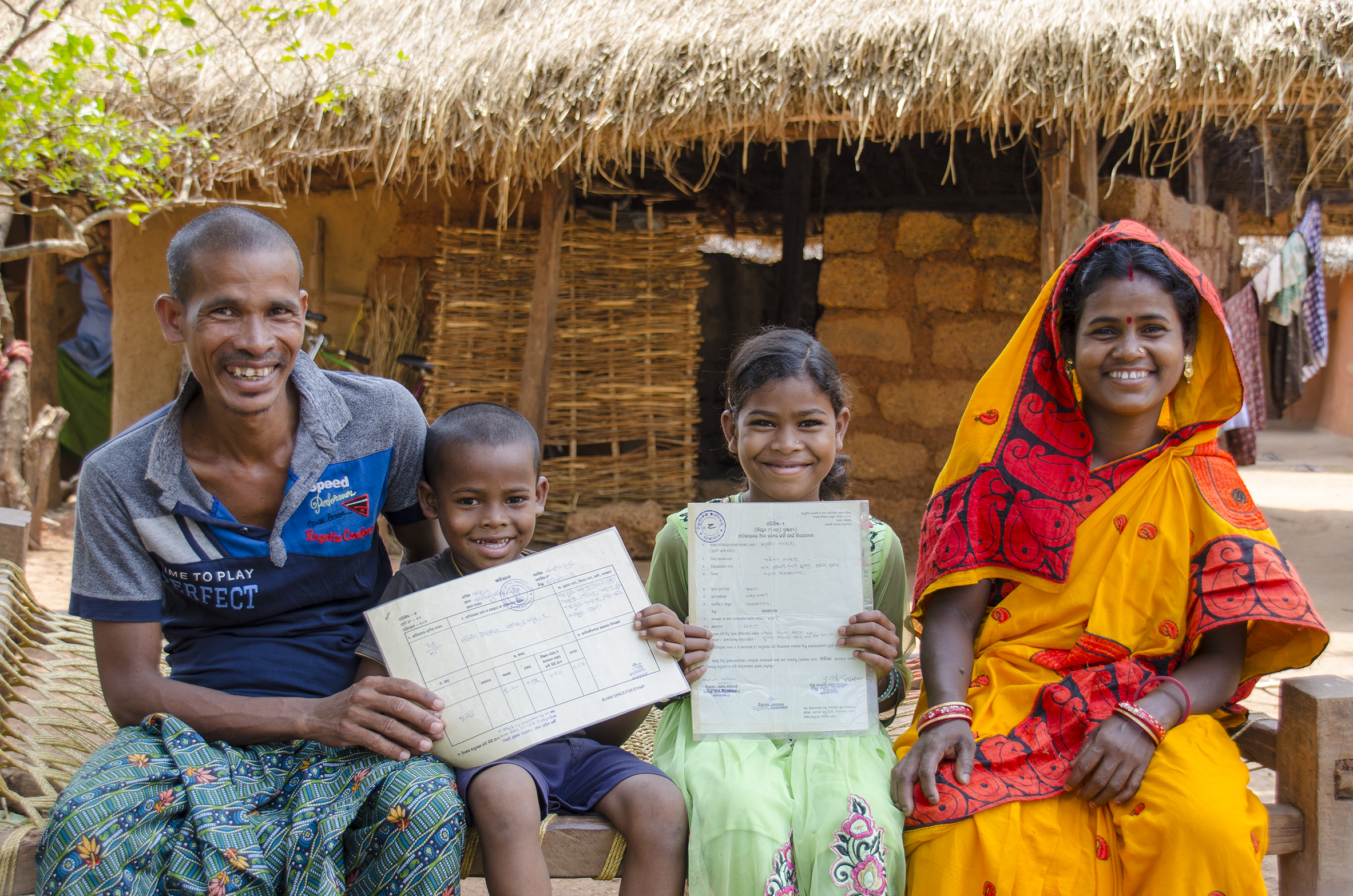 Indira, a bright and vivacious 32-year-old, is quick to smile, even as she chases the family’s herd of goats around their land plot in Kalada, a remote village in the Indian state of Odisha. The goats number in the dozens, ranging across the homestead plot in search of grazing fodder or a spot in the shade to escape the intense afternoon sun.

Indira and her husband, Anirudha, have been smallholders for almost a decade, after they received a title to a plot of forest land in Odisha’s Dhenkanal district. Before they were landowners, Indira recalls how she and her husband rarely had enough to eat.

“We did not have a record (of land rights), and agriculture was miserable,” she says. “There was a scarcity of food.”

The land title was a necessary first step toward stability and security. In the rich soil on their plot of about 80 decimals (less than one acre), Indira and Anirudha began to grow vegetables and rice paddy.

“The land is very fertile … ideal for vegetable cultivation,” Indira says. “Seasons do not matter. … Now we have plenty of food throughout the year.”

Soon after, the couple received title to a plot of homestead land where they now make their home. The homestead plot secured their proof of residency, another important step in elevating their status.

In Odisha and elsewhere in India, a land title enables rural families to avail themselves of government resources and services to support farmers. Indira’s status as a landholder made her eligible for a state assistance program to promote animal husbandry. The livelihood convergence program, which was supported by Landesa, helps Indira and families like hers to make the best use of their land. 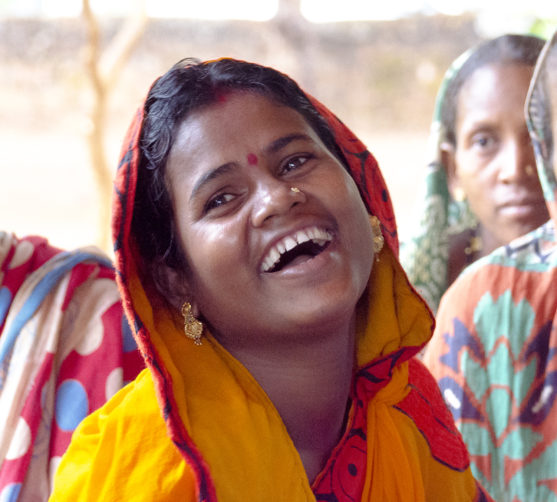 With the profits from raising goats, Indira was able to purchase another parcel of land, where she and her husband will grow rice.

With a government loan of 5,000 rupees, Indira purchased five goats. That modest investment has had a transformational effect on their lives. Today, Indira estimates that she earns as much as 120,000 rupees (about $1,700 USD) per year rearing goats – a tidy sum in an area where daily wages are often about 150-200 rupees ($2-$3 USD).

Not only do the goats provide Indira and her family with a significant source of income, they’ve also helped them expand their farm. Indira recently sold six of her goats, and is using the proceeds to purchase another quarter-acre of land. The couple is cultivating rice on the new land, allowing them to further supplement their income.

As Indira and Anirudha’s lives have improved in the years since receiving their land title, so too have their children flourished. Their daughter, Mamali, now 10, was just a baby when her parents received their initial land allocation. Their son, Chandran, now 6, has never known landlessness.

Thanks to the family’s residency status, both Mamali and Chandran are attending school. The yields from the land and profits from their goatherd mean that they never want for food. For Indira and her family, it’s another important step on their journey – one that means her children might never experience the hardships of their parents.