Foreign aid: a report card for the proposed FY 1992 program 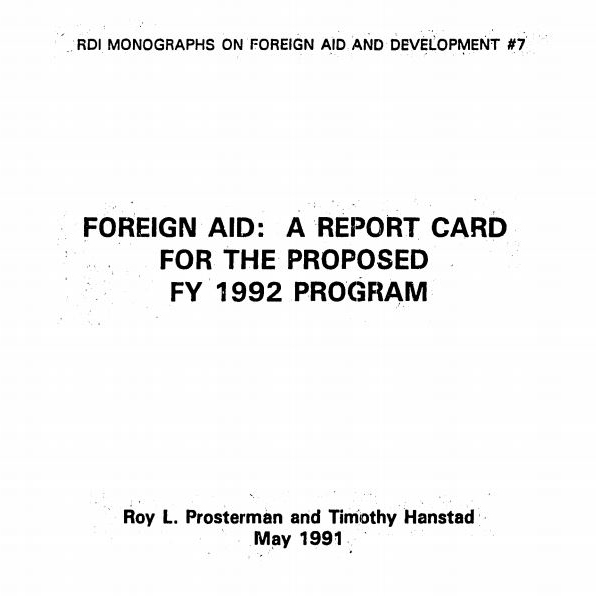 A report-card evaluation by Landesa (then called the Rural Development Institute) of U.S. foreign economic aid programs — the authors’ 13th report card measuring the effectiveness of such programs in reaching the poor and promoting equitable growth in recipient countries. The authors conclude that the Agency for International Development (AID) is spending only 36 cents on the dollar of the evaluated foreign economic aid on undertakings that are likely to benefit the poor, and that in some less-developed countries, little or nothing of each aid dollar is spent for such effective undertakings. However, they also conclude that AID has a demonstrated capacity to do much better, and that a small number of specific Congressional and Administrative initiatives could significantly improve AID’S performance. | Download PDF