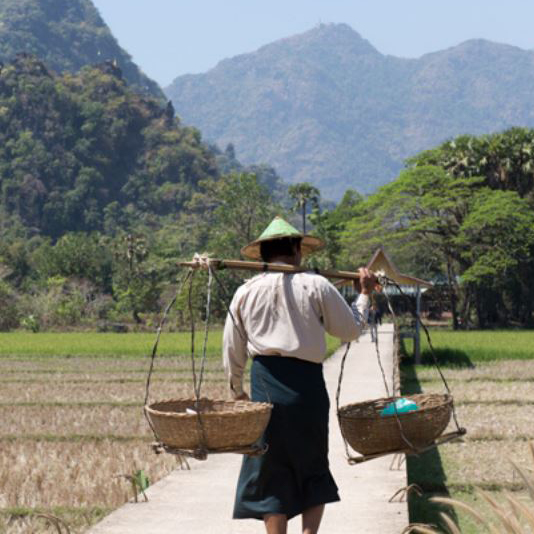 Myanmar is undergoing a major transition, opening space for significant change for the first time in decades. Secure land tenure for smallholder farmers and rural communities is essential in a heavily agrarian nation like Myanmar, where millions in the rural population – nearly 70% of the country – depend on agriculture for their livelihoods. Despite some updates to the legal framework, such as the 2012 Farmland Law and Vacant, Fallow, and Virgin Land Law, millions of Myanmar farmers remain vulnerable with insecure land tenure due to a complex and opaque set of land laws, unresolved historical land grievances, and widespread landlessness.

With the common aim of supporting the development of a protective, pro-poor legal framework, that will empower farmers to use the law, make informed decisions about their land, and maintain secure land tenure – ultimately leading to poverty alleviation for poor, rural women and men – Namati and Landesa have teamed up to prepare this report.  The discussion and recommendations presented here are informed by Namati and Landesa’s complementary perspectives and experiences, bringing together international and comparative examples of land reform and best practices from Landesa’s extensive comparative fieldwork and policy review throughout Asia; grassroots data from the experiences of Myanmar farmers gathered through Namati’s joint paralegal program with local partner Civil and Political Rights Campaign Group across seven of Myanmar’s states and divisions; and additional fieldwork conducted by both organizations throughout the country. Here we highlight pressing needs – and recommend potential solutions – as the Myanmar government embarks on wide-reaching land policy reform.