What is Preventing Women from Inheriting Land? A Study of the Implementation of the Hindu Succession (Amendment) Act 2005 in Three States in India 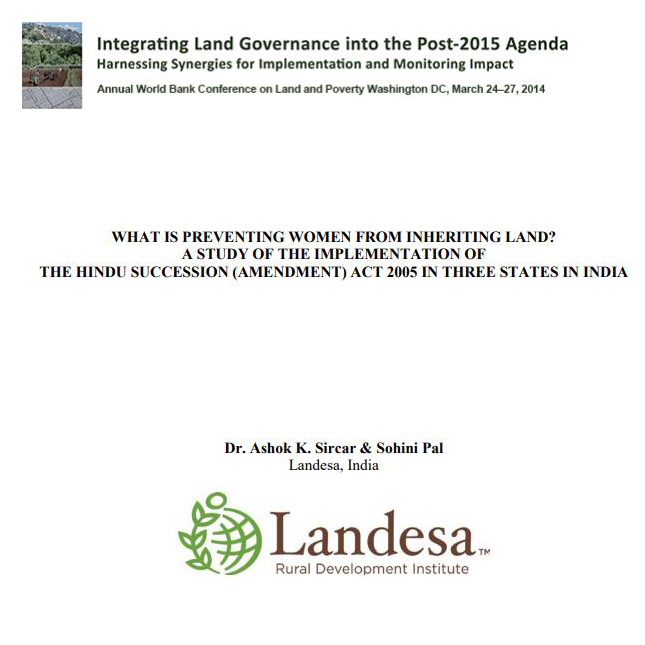 March 2014 – Inheritance is the overwhelming way land is acquired in India, but societal practices exclude women from inheriting land. The Hindu Succession (Amendment) Act 2005, an inheritance law that covers 83.6% of the population of India, corrected some fundamental inequalities in the law bringing the women in equal status to men in the right to inherit land. However, eight years after its enactment, the ground reality is that women still do not inherit land on an equal basis with men. This empirical study conducted in Andhra Pradesh, Bihar and Madhya Pradesh assesses the barriers preventing full implementation of the Act, capturing social practices and barriers, as well as identifies lacunae in the formal system that prevents the Act’s implementation. The study calls for key interventions in terms of review of the Revenue Codes, training of implementing staff, and dedicated state oversight to ensure full implementation. This Paper was prepared for presentation at the “2014 World Bank Conference on Land and Poverty” in Washington DC, March 24-27. Authored by Dr. Ashok K. Sircar & Sohini Pal | Download the paper