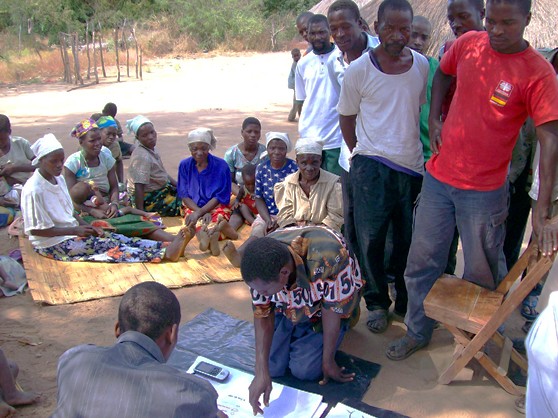 National governments across the world continue the slow march toward legislating gender equality, but in countries with gendered patterns of access to information, women are one of the first groups to lose out on their legal rights. In fact, the United Nations (UN) has declared lack of access to information to be the third major challenge confronting women in developing countries, after poverty and violence. [1] While the situation varies from country-to-country, gaps in literacy and gender discrimination are two of the most pervasive barriers that prevent women from accessing critical legal information.

Literacy has a role that extends beyond the basic ability to read.  It can also help a woman gather the social support and confidence necessary to act upon legal rights.[2] In the current situation worldwide, only 88 adult women are considered literate for every 100 men and this ratio worsens in low income countries like Bangladesh (62 to 100) and Pakistan (57 to 100). Women in rural areas and those who are part of linguistic minority groups are even more vulnerable to legal illiteracy.[3]

Paternalistic attitudes in society may also prevent women’s access to and understanding of law. Social norms often keep women from using information technology, traveling alone to a legal clinic, or accessing legal representation in the court system. While many countries have emphasized gender neutrality in legislation, social gender biases may continue to play out in the discriminatory adjudication of court cases. Instances of discriminatory interpretations of law arise most often in cases of family law, marriage and divorce, and inheritance; all areas closely tied to a woman’s health and livelihood. [4]

A complex and deeply rooted issue, the lack of women’s access to legal information might improve with increased visibility of the problem, including men in the solution, and creative approaches to the delivery of information.  The UN Beijing Platform for Action calls on governments to “ensure access to free or low-cost legal services, including legal literacy, especially designed to reach women living in poverty,” essentially extending their scope from merely enacting legislation to making sure it is implemented according to its intent.[5] Actors in civil society and in the private sector also have a role in bridging the gap between law and practice. How can we make the most effective coordinated effort? Some suggested best practices are:

At the Landesa Center for Women’s Land Rights, we’re developing LandWise, an e-library designed to connect policymakers, researchers, legal practitioners, and women’s advocates, to free, reliable legal information and to each other.