At COP27, a Call to Root Climate Action and Justice in Land Rights for Women and Rural Communities 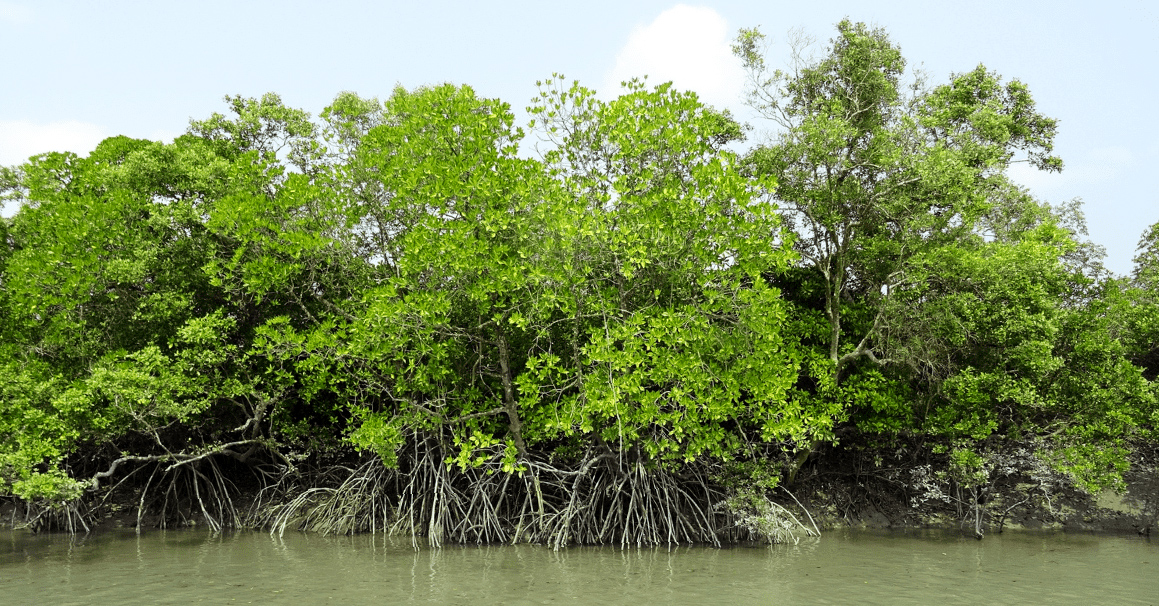 Anandini Munda’s typical day begins before dawn, as she rises to catch shrimp fries in the Chunār River, a distributary in the Ganges Delta in Bangladesh. Anandini, 34, and other women in her village sell the fries to shrimp farms to earn a living, though she says the fries are no longer as plentiful as they once were. Her husband works as a day laborer in local shrimp and crab farms, earning about $3 per day, when work is available.

Life in the Sundarbans, a vast mangrove forest spanning about 10,000 square kilometers in parts of Bangladesh and the Indian state of West Bengal, revolves around aquaculture. Coastal inhabitants like Anandini and her family primarily rely on fish, shrimp, and crab for subsistence and livelihoods, their lives deeply intertwined with the dense coastal forests.

The same waters that these communities rely on as a source of food and livelihood have also had a deleterious effect on their agricultural land, as frequent storms and rising sea levels breached dams, inundating farms with salt water that rendered soils infertile.

As the world gathers next month for the 2022 United Nations Climate Change Conference, COP27, the experiences of women like Anandini are emblematic of two interlocking ideas: the need to protect the rights of Indigenous Peoples and local communities to the land, forests, and natural resources they rely on to survive; and the rising call for justice for those who have experienced loss and damage to land and natural resources because of climate change.

The Sundarbans are part of a massive eco-region spanning multiple countries and thousands of miles of coastline in South and Southeast Asia. The mangrove forests provide food and livelihood activities for millions of coastal inhabitants, act as buffers sheltering communities from storms and severe weather, and sequester enormous amounts of carbon, critical for mitigating climate change.

To help defend these biodiverse powerhouses, Landesa in 2022 launched the Mangroves for Coastal Resilience project, which aims to conserve up to 4.6 million hectares of mangrove forests across six countries, stretching from the Sundarbans of India and Bangladesh to coastal and riverine areas in Myanmar, Thailand, Cambodia, and Indonesia. Collectively, the project could reach up to 73 million people and sequester as many as 943 million metric tons of carbon.

To adapt its activities to politically and geographically diverse contexts, Landesa’s program strategy includes engagement with regional bodies, such as the Association of Southeast Asian Nations (ASEAN), and national governments, as well as support for bilateral policy between countries. Context-specific activities include policy advising and legislative support, land use planning, community forest certifications, mapping, and other efforts aimed at improving community forest rights and climate mitigation and adaptation.

In the Sundarbans, Landesa’s approach is centered on engaging women’s community groups, village-level collectives that organize women members for economic opportunities, health services, education, and other activities for livelihoods promotion. The Sundarbans are public lands, so the project’s theory of change is built on improving natural resource access. By engaging women’s groups, the program looks to cut through patriarchal notions and obstacles related to land to better meet the needs of women as primary forest users.

Indeed, who has rights and access to land and forests is critical to strengthening livelihoods, conserving natural areas, and fulfilling human rights. Gender equity is at the foundation of the Stand for Her Land campaign (S4HL), a global initiative to close the gap between policy and practice and help millions of women realize stronger land rights in their daily lives. Launched by Landesa and partners in 2019, the campaign operates at the global level to advocate for women’s rights in regional and international frameworks, such as the African Union and the UN’s upcoming COP27, and at the national level through country coalitions in Africa, Asia, and Latin America.

In Bangladesh, the Association for Land Reform and Development (ALRD) leads the S4HL country coalition, with funding support from the U.S. Department of State. The coalition is comprised of nine member organizations with deep roots in local communities like Anandini’s.

Currently, fewer than 13 percent of rural women in Bangladesh have rights to land in their name. The S4HL Bangladesh country coalition is working with local government, land and agriculture officials to ensure that women are included in the distribution of public land and are eligible for agricultural support services.

Taking accountability for “loss and damage”

While improving land, water and forest access will help Anandini and others in her community to safeguard their mangrove forests, that alone won’t restore the destroyed agricultural land her community once relied on.

The destructive consequences of climate change are disproportionately visited upon those who are least responsible for greenhouse gas emissions – namely, people living in developing countries. Low-lying countries like Bangladesh are continually threatened by tidal surges and sea-level rise that can destroy land.

There is a growing movement among climate justice advocates to hold developed nations accountable for land degradation and desertification, the destruction of natural resources, and other losses due to climate change.

Wealthier nations failed to make good on their pledge to contribute $100 billion per year in climate finance to developing nations by 2020, which prompted an outcry at last year’s COP26 in Glasgow. Now, the debate over “loss and damage” is expected to take on renewed importance at COP27, where host Egypt has promised to put climate justice on the agenda.

For communities affected by loss and damage, secure land rights are essential to build resilience and ensure that financing is equitably distributed to all. At COP27, Landesa and co-hosts International Land Coalition and Oxfam will host a side event exploring how land rights are critical for action on loss and damage.

Amid the deepening climate crisis, global actors must make a significant investment to protect lives and livelihoods in the Sundarbans and around the world, before these communities are washed away.

Moni Rowshan is Deputy Executive Director of Association for Land Reform and Development. She has expertise in human rights, in particular women’s land rights, and extensive experience working in development in rural settings. As head of Stand for Her Land Bangladesh, Ms. Rowshan leads a coalition of civil society groups and non-governmental organizations in land reform policy advocacy and implementation around strengthening women’s rights and access to land.