Liberia is at a crossroads: recognizing land rights can safeguard against violence 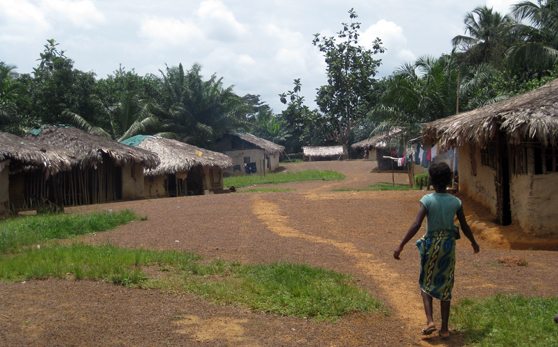 The government of Liberia has an unprecedented opportunity to pass progressive land reform legislation that could positively impact millions of people, but the window of opportunity is rapidly closing. If Liberia’s legislature doesn’t vote to adopt the draft Land Rights Act before it goes on recess on August 30, the bill will likely stall during the 2017 election year and face an uncertain future when a new government assumes office in 2018.

A working group of Liberian civil society organizations has cautioned that failure to pass the Land Rights Act could plunge Liberia into violence and conflict. This is not empty rhetoric: Conflict over land and natural resources  were one of the root causes of Liberia’s 14-year civil war that ravaged the country. The civil war, which continued virtually uninterrupted from 1989 to 2003, killed 270,000 people, displaced almost 80 percent of the population, ruined the economy, and threatened to destabilize the region. More than a decade later, Liberia is beginning to emerge from the crisis period, and has turned its attention to needed reforms.

Restructuring the country’s outdated and broken land rights system is a keystone to these reforms. In the post-conflict period, a new land rights policy was met with optimism when it was introduced in 2013, and received the support of President Ellen Johnson Sirleaf. The proposed reforms would recognize customary land rights for millions of rural Liberians. But the policy means little without passage of the Land Rights Act, which would turn its promises into enforceable law.

The majority of Liberia’s land is held under customary tenure systems that aren’t legally recognized by the government. The government has thus directly awarded logging, mining and agricultural concessions to 40,000 square kilometers of land. This overlap between concessions and customary rights has created confusion and conflict. Legal recognition and documentation of customary land rights is a starting point for helping to protect the rights of those living, using and depending on the land, and also the interests of investors.

Fortunately, there’s an avenue that can create peace and prosperity for Liberia and its people: securing the land rights for customary communities. Global evidence shows that secure land rights provide the foundation for economic opportunity for small farmers, and have been associated with gains in food production and food security, as well as improvements in health, education, and household income. Stronger land rights can also stimulate Liberia’s economy — a global study of 33 countries has linked stronger property rights with a 5 percent increase in GDP. Liberia’s new Land Rights Act, once adopted, will set Liberia on a path toward achieving such benefits of securing land rights.

Liberia is at a crossroads. Amid allegations of corruption and pressure to pass a diluted land rights bill or dismiss reform altogether, it will take immense political will for Liberia to enact meaningful change. If the legislature passes the Land Rights Act, it will empower millions of Liberians with the economic and social benefits that come with secure land tenure, and position Liberia as a leader on land reform in West Africa. If it fails to act, it risks backsliding into the violence and conflict that marked its recent past.