Despite courts, the plot is against daughters 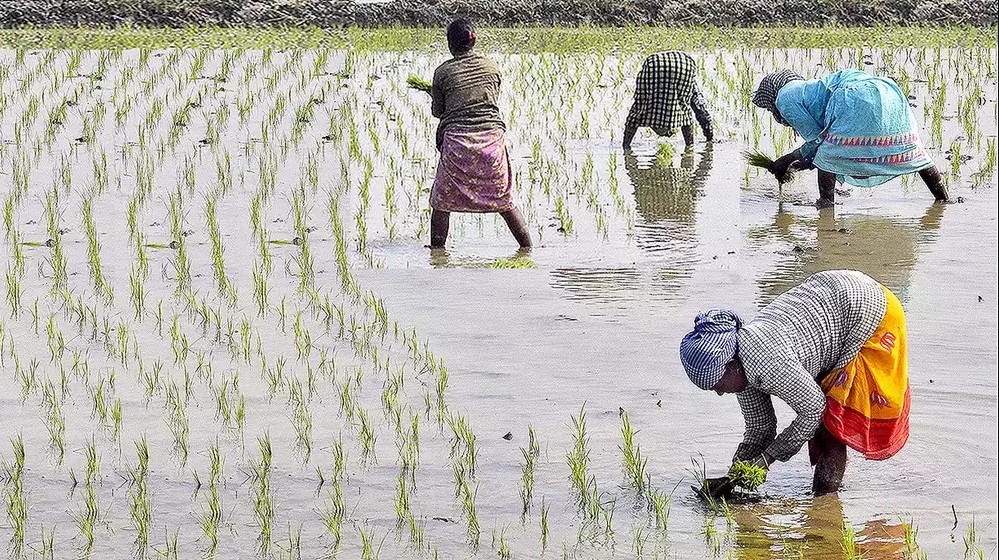 This blog was originally published by Times of India.

Too few women inherit land in India. States are reluctant to implement laws

Recently, the Supreme Court of India expanded one more time the scope of a daughter’s rights to inherit land. The court ruled that if a male Hindu dies intestate (without a will), his self-acquired property will pass by succession, and a daughter would be entitled to inherit such property even under Hindu law.

There is increasing evidence from around the world that access and ownership of land can radically transform a woman’s life, in rural and urban areas alike. Land ownership strengthens a woman’s sense of identity as an equal citizen in society, provides a basis for her family’s economic security and stability, acts as a foundational building block for agricultural productivity, and promotes more inclusive and stable societies.

A host of international treaties, including the Universal Declaration of Human Rights, the International Covenant on Economic, Social and Cultural Rights, and the Convention on Elimination of All Forms of Discrimination against Women, acknowledge the role that land rights play in supporting basic human rights. Statements by treaty monitoring bodies, international rapporteurs and working groups have also interpreted women’s rights to land as fundamental to fulfilling basic rights to livelihood, housing and food, as well as rights to an adequate standard of living, self-determination and cultural participation.

Gender equitable rights to land are also included in the Sustainable Development Goals (SDGs), adopted by all UN member states, including India, as the blueprint for global development through 2030. Goal 5 of the SDGs aims to undertake reforms to give women equal rights to economic resources and access to ownership of property, underscoring the importance of land rights in the global context.

Despite the many international and national commitments, there continue to be appalling disparities between the rates of land ownership of men and women. A report by the World Bank says that in 40% of the world’s economies, women face legal barriers to obtaining land and property rights. Lack of consistent data has made it difficult to establish firm figures, but UN Women estimates that less than 20% of the world’s landholders are women. 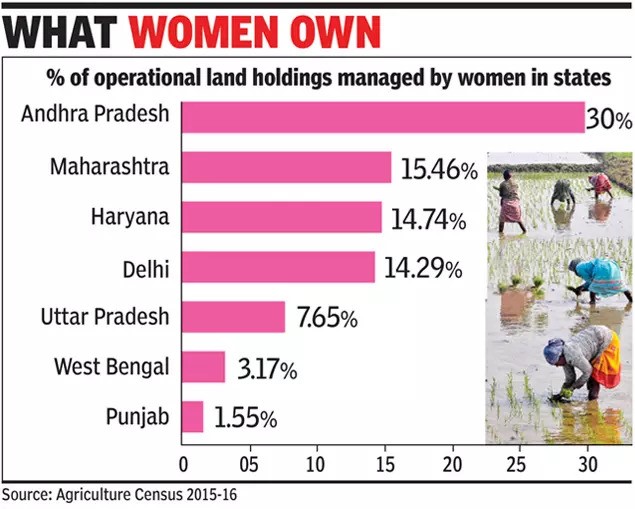 The extent of land ownership by women is estimated based on the number (or area) of plots owned by women, as well as the number of women who own land. Unfortunately, the available data on women’s land ownership is often inadequate, primarily because for many years land record-keeping didn’t include sex-disaggregated data. In India, the most useful data comes from the Agriculture Census, which is conducted every five years and gives information on management rights instead of ownership rights. Per the latest census in 2015-16, only 13.96% of agricultural land operators in India are women, and they operate only 11.72% of agricultural lands. The socio-economic caste census done in 2011 provides data on land ownership, but those data are not disaggregated by gender, and thus not helpful to estimate women’s landownership. Other surveys, including the National Family Health Surveys 4 and 5, are too restricted to give any comprehensive estimates. While the exact data is unclear, what is clear is that relatively few women own land in India, and that this lack of land rights makes women second-class citizens – legally, socially and economically. This inequality transcends both class and circumstance, impacting all of India’s women.

India needs to invest in reliable data and fact finding to know how many women own land and which women own land; which land women own and how much land they own; which laws facilitate women’s ownership and what undercuts the implementation of such laws; how women use land to their advantage and what barriers they face in using land; what helps women assert their rights and what enables families to give rights to daughters; and what dispute resolution mechanisms exist and who can access them. The more precisely we know the answers to each of these questions, the better prepared we will be to target our efforts to close the gender gap in land ownership. While the recent pronouncement by the apex court is an important and welcome progress, courts alone aren’t going to get us far enough on this critical issue. The laws need to be meaningfully implemented, and this will require sustained political will, leadership from women and men from all social groups, and a collective rethinking of ingrained cultural norms and attitudes.

With the country recently celebrating the 73rd Republic Day, it is an apt time to commit to closing the gender gap in land ownership.