They Know the Solution 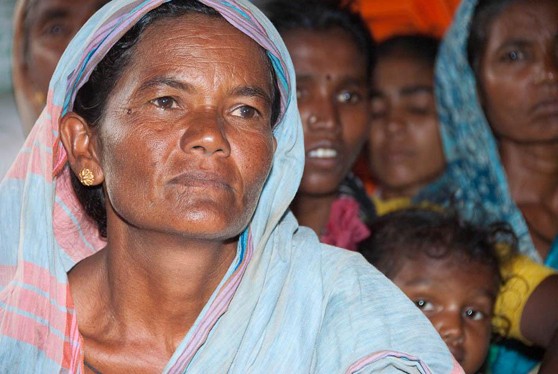 She was one of at least 40 landless women who demanded to meet with us that day.  They had heard that we would be visiting their village to talk with women in self-help groups (SHG) who had participated in the Indira Kranthi Patham Land Purchase Program, one of several programs that the Indian State of Andhra Pradesh was implementing.  She was determined that we hear her message. That day was one of the more difficult days of my career as a lawyer advocating for land rights for the world’s poorest.

The AP Land Purchase Program, which Landesa and RDI-India helped the State design, assisted landless women in organizing to negotiate with large landowners and purchase and subdivide agricultural land for themselves and their families.  From 2004 to 2009, 5,303 women paid US $604,418 (just over $100 each) to purchase 4,539 acres of farmland.  The women paid a total of 25% of the purchase price, 15% of which they borrowed.  The government subsidized the remaining amount.  For weeks, our team  had been traveling throughout the state, talking with formerly landless women whose lives had been transformed through the program.  Most of the women had owned the land for about four years, with titles to their land in their name alone.  State law permits only one name on the patta, or title, and the State required that the patta had to be in the name of the wife (if married) or a female head of household.

The women whom we interviewed reported significant benefits associated with shedding the “landless” cloak and becoming a full-fledged landowner.  They reported increased income and the ability to start saving, improvement in their family’s health due to having more food to consume and higher quality food, and the ability to access credit from banks and village moneylenders.  They also perceived an improvement in their family’s status within the community as evidenced by having better marriage opportunities for their children.  Although the women reported that there still was room for improvement on all fronts, for them, becoming a landowner had profound effects on their family’s welfare.

It was the second to the last day of our fieldwork and so much of what we had learned was positive.  We were hearing vast improvements in formerly landless peoples’ lives.  But this woman, and others, introduced us to the other side of the story.

Yes, with our assistance, IKP had helped thousands of women. In fact, in partnership with the national and several state governments, Landesa and RDI-India has helped 2.3 million families across India become land owners and climb out of extreme poverty. But this group of women represented the remaining 15 million families (60 million people in all) who remain landless.

They were the unlucky ones.

Because of the overwhelming demand, the program had very strict criteria. Some women could not participate because they were too old. Others literally drew a bad lot in the lottery IKP held to determine participation in the program.

These women know what is keeping them poor and they know the solution. And so do we. The question is: how much longer will it take for us to be able to reach all of those in need of land?

Photos and text by Deborah Espinosa