If We Are Not Talking About a Daughter’s Right to Inherit Land, We Are Missing Something Foundational 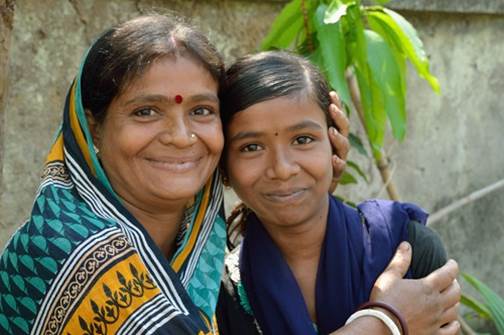 It was my third meeting with a group of adolescent girls in Uttar Pradesh. In our previous meeting we had discussed whether girls are able to assert inheritance rights in their parent’s property. In that meeting the girls had decided to raise this with their mothers privately and humbly, and I was excited to hear their reports.

Not all the girls could have that conversation, but some did, and had deeply touching and intriguing reflections.

Babli, a girl from the group, said that she had always seen her mother worried about arranging dowry for her and her two sisters. “Ever since I talked of my inheritance rights, my mother has become even more worried,” she said. Her mother had told Babli that she herself had not inherited anything from her parents and that this would not change for Babli.

Across South Asia there is a pronounced preference for sons over daughters. Customarily, a son performs the death rites of parents and makes offerings to ancestors and is, therefore, considered the natural and rightful heir to family assets and legacy.

Also, in a system of patrilocal marriage prevalent in South Asia, a daughter moves to the husband’s home upon marriage. Consequently, while a son is considered a permanent member of the household, a daughter is thought to be transient. The more stable position of son is often cited as a basis to justify the unequal distribution of land and property between sons and daughters.

What effect does this have on the spirits and the prospects of daughters?

In a colossal bundle of discriminatory norms and beliefs that damage a daughter’s equal standing in her family and community, disinheritance from family property stands out. Absent this right, daughters are stripped of an important opportunity to build their lives. This also tells daughters that they are lesser beings, that they deserve less, and that they must be satisfied with less.

A daughter grows up hearing that this home – where she was born and is being raised with her brothers – is not actually her true home, and that she instead belongs to her future marital home.

Not knowing that the law recognizes equal rights of daughters to their parents’ property and other assets vis-a-vis their brothers, daughters grow up weak and submissive. In stark contrast, the privilege and honor of having full and guaranteed rights to land and property – to the exclusion of daughters – causes sons to have an enduring sense of entitlement, authority and belonging.

Kanwaljeet, a 53-year-old woman in Punjab, told me that when she asked her brother for her share in their father’s property, the brother told her that she should have sex with him to become a member of the family.

Such is the nature of violence that this gender gap breeds!

Jyoti, whom I met in Maharashtra, wondered at how deceptive this is. “Sisters become sinful when they ask for their own shares, but brothers don’t become evil even when they refute the rightful shares of their sisters,” she said in a public meeting.

Most unconscionable is that this harm to daughters is pushed by their immediate families and communities with full knowledge and consent. The families that are supposed to be the haven for girls turn out to be hostile and intimidating when girls dare to assert their inheritance rights.

This unquestionably needs to change.

It is time we call out the craven and cowardly acceptance of a culture in which demeaning, belittling, and devaluing daughters is considered normal by their own families and communities.  Instead, we need to nurture our girls to believe that they are no one’s property, and know rather that they have the right to own property. They should valiantly break the silence of their mothers and exercise the right to compose glorious futures for themselves and for generations to come.

At Landesa, we are working with government and civil society in several countries in Asia to reform laws and policies to be gender responsive and raise awareness in girls and their families.

We collaborated with the Department of Women and Child Development of the Government of West Bengal to conduct land literacy sessions for more than 600,000 girls. An independent study after the sessions indicated that girls were more likely to assert their rights to inherit land and hold out against dowry and child marriage.

My work has taught me that wherever inequality lives, there also stands a girl or a woman able to turn the tide of adversity into a tidal wave of progress. We simply must commit to her.

The responsibility to change lies first and foremost with families, but educators, religious leaders, government officials and other community leaders all have a role to play.

It is time to include equal inheritance for girls as an integral part of our solutions towards their equal self-worth, dignity and opportunity. For if we are not talking about girls’ inheritance, we are missing something foundational in paving way for the equal future of Babli and millions of girls like her.