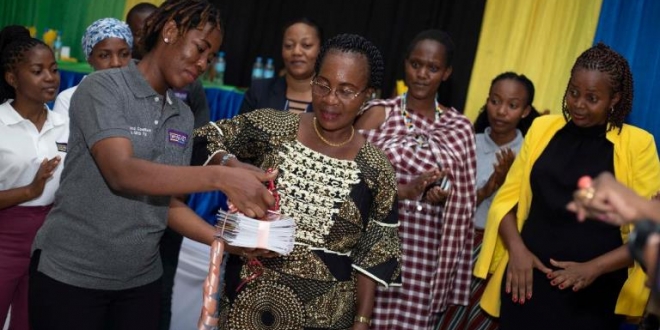 IPP Media published an article based on this blog.

By Khadija Mrisho, Land Tenure Analyst and Stand for Her Land Campaign Lead at Landesa Tanzania

In Africa women play an integral role in the continent’s agriculture sector, representing up to 60 percent of the agricultural labour force in some countries. In Tanzania, agriculture accounts for the largest share of employment, more than 80 percent of women are engaging in agricultural activities and subsequently contributing to the country’s food requirements.

However, rural women are yet to yield the fruits of their labour from the agriculture sector, as they continue to experience limited access and ownership to land and productive resources, compared to their male counterparts. Research shows that, if women farmers had the same access to non-land productive resources as men, they could increase productivity by 20 percent to 30 percent and total agricultural output by 2.5 percent to 4 percent. Such a boost to productivity could play a vital role in ensuring food security. Imagine the potential impact to food security if women also had the same access and rights to land that men enjoy?

“To date women are still facing gender-based violence and discrimination against land ownership rights due to the patriarchy system in our society. … Women or young women before marriage when they ask for their parents to give them land, they are told that, they will be married so they have no right to family land. When they get married their husbands also tell them they have no right to own land, and even when husbands want to sell such lands women are not consulted or either participate in transactions as witnesses, not as owners.”

The majority of rural women in Tanzania face similar challenges as Mariam Daudi, thus limiting them from unleashing their full potential in agriculture.

Land is an important pillar for production in agricultural dependent countries, including Tanzania. Therefore, the manner land is accessed, owned, allocated or disposed, controlled, and used is an important consideration in socio-economic policies, legislative and institutional frameworks. Notably, the land question is not only an agricultural issue but also a fundamental pillar for the economic and social development of women in rural areas. Unequal rights to land and tenure insecurity perpetrated by customary practices and social norms put women at a disadvantage, deepen poverty, and entrench gender inequality in Africa.

Tanzania has policy and legal frameworks that guarantee protection for women’s land rights. The National Land Policy (1995), the Land Act, no. 4, and the Village Land Act no. 5 (both of 1999), provide for the right of every citizen to own land within the United Republic of Tanzania. These frameworks also guarantee equal rights between men and women to access, own, and control land. These provisions give life to article 24 of the Constitution of the United Republic of Tanzania of 1977, as amended from time to time, that stipulates right for every person to own property, including land.

Despite the protection provided under land laws, inheritance laws on the other hand take away such rights by allowing application of discriminatory socio-cultural norms related to women’s and girls’ inheritance. This discrimination runs contrary to article 13 (4) of the Constitution of United Republic of Tanzania that prohibits discrimination based on sex.

Tanzania is also party to multi-lateral and regional conventions on property and people’s rights, such as the African Charter on Human and Peoples Right, the International Covenant on Civil and Political Rights, which guarantee right to property and prohibit discrimination based on sex, and the Convention on the Elimination of All Forms of Discrimination against Women (CEDAW), which requires state parties to the Convention to amend or abolish customs that discriminate against women.

Despite positive developments, the agenda of secure tenure rights for women is still blurry and includes several challenges to realizing women’s land rights. The following are a few examples:

Entrenched socio-cultural norms often take precedent over formal laws. Communities still apply customs and traditions that discriminate against women’s access and control of land rights; for instance, through application of the Customary Law (Declaration Order), 1963 and other uncodified practices. The National Land Policy also allows for women’s inheritance of clan or family land to be governed by customs and traditions provided they are not contrary to the constitution and principles of natural justice.

“Male dominance in the society (patriarchy system) is still prominent in Tanzania, while the legal framework generally upholds women’s rights to land. In rural areas patriarchal practices predominate, whereby men are de facto heads of households and have greater rights to land than women.”

Restricting women from realizing their land rights subsequently limits their opportunities in the agriculture sector.

Insufficient implementation and enforcement of laws and policies at the local and national level also create obstacles. These are perpetuated in part by inadequate knowledge and capacity.

Inadequate or non-participation of women in land governance and decision-making processes hold back women’s rights to land. Women normally shy away from posing questions about land, causing discussions to be one-sided and dominated by men. The problem is not only rooted in customs and traditions but is also greatly caused by a lack of confidence and fear among the women themselves. The situation is worse for married women, where being outspoken in meetings can culminate in being expelled from the marital home or divorced.

Women in rural areas typically lack access legal institutions to defend their land rights. There are numerous reasons for this barrier, ranging from costs, distance, ignorance, and fear and lack of confidence perpetrated by their families and the society at large.

To close the gap between land and practice so that Tanzanian women and men can access, own, use, control, inherit and benefit from land equitably, a group of women and land rights organizations formed a coalition of 25 members led by Tanzania Women Lawyers Association (TAWLA) as chair and Landesa Tanzania as secretariat Collectively referred to as the Stand for Her Land (S4HL) Campaign Taskforce,[1] the group relies on collective advocacy to  overcome institutional and societal barriers that prevent the effective enforcement and implementation of laws that protect women’s land rights in Tanzania. The S4HL Task force is employing innovative approaches towards addressing women land rights implementation gaps, such as:

Secure land rights coupled with access to requisite skills and opportunities could make women powerful drivers for agricultural transformation, food security and rural development. Therefore, it is vital that concerted efforts are put in place to address the institutional and societal barriers facing women, when realizing their land rights to unleash women’s potential in agriculture as well as achieve the country’s commitments under the Malabo Declaration and Sustainable Development Goals.