News from Kuala Lumpur: You’ve Got to be an Ultimate Optimist if Your Job is to Help the Poor’s Land Rights 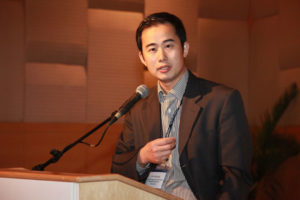 Sia and Polet work for a small Cambodian NGO. They have some funding from a New Zealand charity, but barely enough to pay basic expenses. Their biggest challenge these days is to help seven communities in Boeng who lost their land because of a major project by a Chinese company. Two thousand families have already been forced out. There are another 200 families facing imminent eviction.

The only good news is any Chinese company making an investment involving land expropriation in a foreign country is required to consult with local communities. Sia and Polet recently learned of this regulation, but they are short on resources and the local authorities are eager to push the project through.

On January 27 and 28, I was invited by the World Justice Project’s Asia Pacific Rule of Law Conference to moderate a working session on the protection of land rights. I led a four-hour discussion about the major challenges and action plans for land issues. A diverse mixture of countries was represented: Cambodia, Laos, Bangladesh, India, Pakistan, China, Malaysia, Philippines, Vanuatu, Tonga, Papua New Guinea, Columbia, and New Zealand. Most of the attendees, like Sia and Polet, work for NGOs helping to protect the land rights of the poor and marginalized.

Two notable observations. One, it is discouraging to hear the same problems and threats repeated again and again from different countries. The rich (companies or wealthy individuals) and the powerful (government officials or their associates) are often the violators. The indigenous people, women and poor farmers are usually the violated. Rural Cambodian communities are made homeless by corporate land grabs, Colombian farmers’ land titles are trumped by the machine guns of local drug lords, and Tongan women are denied land by tribal nobles who allocate land only to male family members.

The other observation is the gigantic number and size of the obstacles to protecting the poor’s land rights. Progress is painfully slow. Plenty of changes and promises are written on paper, but little action is taken. And working against bureaucracy and corruption can seem like mission impossible.

Yet, I see hope. When I first joined Landesa in 2004, one of the burning questions I had was how we could make a real difference in farmers’ lives. You can see tangible things when building a school or handing out medicines to the poor. But the effects of secure land rights take a relatively long time to become visible. After more than six years working in this field, I am more convinced than ever that land rights are fundamental to poverty alleviation, economic opportunities, status, and rule of law.

At the conference I heard a presentation about giving rural women microloans in Bangladesh to become solar panel installation technicians in villages. I heard another inspiring speech about rescuing Nepalese women from sexual exploitation and giving them training and job skills. When I had the chance to be up at the podium and making a presentation on land rights, I raised the question: how about giving women a piece of land? That would be truly life-changing as well.