Poor Land Tenure: A Key Component to Why Nations Fail 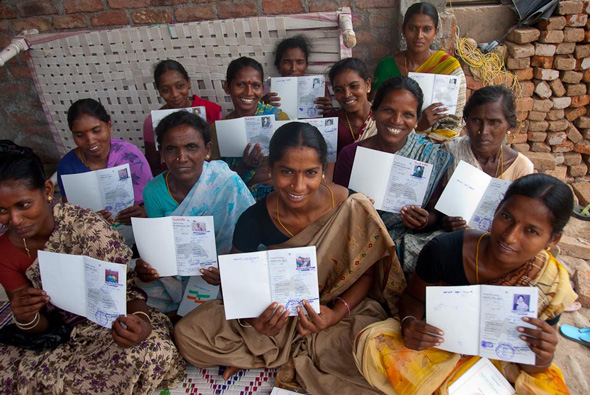 The murder of five land rights campaigners during the last two months – one in Colombia, three in Brazil, and one in Cambodia – have not captured many headlines, but they are a reminder of the central role land tenure plays not just in rural economic development but also in sparking broadly distributed economic gains throughout a society.

Violence has often been threatened against those around the world who advocate for the land rights of the world’s poor. Even for those who aren’t on the front lines, but rather, like my organization, quietly partner with governments to bring about fundamental and structural change to a country, the hazards can be real.

When I started this work more than two decades ago after graduating from the University of Washington School of Law, a bulletproof vest was as essential as a notebook and pen to conduct fieldwork in certain places.

In fact, three colleagues of Landesa’s founder, Roy Prosterman (including a fellow University of Washington alum, Mark Pearlman), were assassinated while meeting to discuss land rights reform legislation in El Salvador in 1981.

To understand why people continue to risk life and limb to help the poor gain control over the land they depend on and why people are willing to kill to stop them, it helps to review the big picture.

Around the world there are more than one billion people who are desperately poor. The vast majority of these poor share two traits: one, they rely on agriculture to survive; and two, they don’t legally control the land they till.

Many are sharecroppers, indentured servants, or informal possessors who struggle to climb out of poverty because they don’t have incentives to invest in their land to improve their harvest and their lives. Their lack of legal control over the land is a huge stumbling block not just for their immediate families, but also for the development of their communities and nations, as highlighted in the wonderful new book, Why Nations Fail: The Origins of Power, Prosperity, and Poverty.

The authors, Daron Acemoglu and James A. Robinson, of MIT and Harvard, respectively, make clear that even in the most dysfunctional nations, money is being made – often lots of it – but it is not being distributed widely. These “extractive systems,” they argue, are designed specifically to take wealth from a broad class of people (slaves, farmers, mine workers, etc.) to benefit a much smaller subset (the ruling elite, the landed gentry, etc). Sierra Leone’s diamond mines, the Democratic Republic of Congo’s cobalt mines, and Burma’s vast timber and mineral resources are all examples of systems that exploit not just labor but sovereign natural resources and funnels those proceeds to a small group with the goal of continually extracting more wealth.

In these settings, the opposition to democratic land-rights reform rarely stems from fears that compensation won’t be fair. Instead the elite fear that giving the poor ownership gives them power and leverage: the power of economic opportunity and to not be exploited, and the leverage to pull children out of the fields and send them into the classroom, to start home businesses, and to be innovative.

The inherent power in land rights, when multiplied by hundreds of thousands or millions of families, can be exploited during critical junctures to dramatically change the trajectory of a nation’s history to eliminate the extractive systems.

Despite frequent opposition from powerful vested interests, there are governments around the world who are trying to move toward more inclusive economic systems that offer opportunity to all. Given the current global rush for land, these efforts are particularly timely and critical.

Among the countries currently undertaking such efforts are India, China, Kenya, and Rwanda.

India, with little fanfare, has launched a variety of promising new programs that aim to provide millions of poor rural families with secure titles. In West Bengal, the government is providing landless families with micro-plots of land and training their daughters in organic agriculture. In Odisha, the government is providing indigenous tribes with title to the land their families have farmed for generations without legal control. Because of these initiatives, hundreds of thousands of families across India are now, for the first time, able to send their children to government residential schools, obtain agricultural training, and defend their investments in their own land.

China is gradually rolling out the implementation of documented, 30-year property rights for farmers as well as considering legislative changes that will more effectively protect those rights from later expropriation. While the stand-off in the fishing village of Wukan last year garnered headlines and is certainly not an aberration, the central government is putting together a framework to try to minimize violations of farmers’ land rights.

Kenya just last month adopted land legislation to fulfill the new constitution’s promise to secure land rights for millions of poor farmers. And Rwanda is in the process of formalizing land rights for rural families throughout the country.

Such reforms have been even more effective when women’s land rights are specifically targeted.

Efforts like these should be celebrated and expanded. And new UN guidelines on land rights endorsed last week can provide direction on the necessary national policies, legislation, and programs. Let’s hope that the deaths of so many who have dared to stand up in defense of the lands rights of the poor do not stop brave officials in governments around the world from making progress in the fight against poverty.

As Acemoglu and Robinson note, “Growth moves us forward only if not blocked by the economic losers who anticipate that their economic privileges will be lost and by the political losers who fear that their political power will be eroded.”