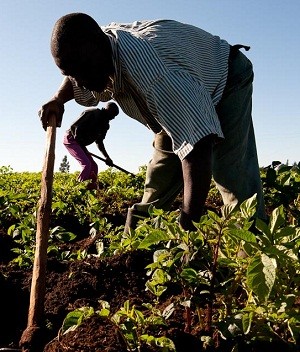 Since 2008, a global land rush—sparked initially by a dramatic rise in global food prices and now driven by a variety of factors including increased demand for food and biofuels, carbon markets, and speculation—has been remaking the face of agriculture and land use in the developing world.

It is generally accepted that increased agricultural investment is needed in order to reduce poverty and hunger in the developing world. However, many international development organizations including Landesa, have expressed concerns that the current nature of these investments, which typically convert the land from traditional uses, such as smallholder farms or communal grazing, to large scale commercial uses, threaten the livelihoods of those whose families have used the land for centuries.  Many newspaper columns have already been filled with stories of families displaced by the transfer of their land for commercial farming, often without consultation or compensation and with devastating effect on their food security and overall wellbeing.

In response to this threat, a long list of organizations–multilateral and academic institutions, social movements and farmer’s organizations, entities within the UN system and advocacy and civil society organizations–have conducted research, organized seminars and engaged in consultations in an effort to establish a set of principles or guidelines intended to manage this wave of investment so that it increases productivity and does not harm local communities.

One such effort has just succeeded: last week the United Nations announced that member governments have approved the Voluntary Guidelines on the Responsible Governance of Tenure of Land, Fisheries and Forests in the Context of National Food Security (“VGs”).

The VGs set forth a long list of guidelines that are intended to lead governments and investors to manage their investments in a way that respects the land and resource rights of local communities, increases agricultural productivity and food security and strengthens the capacity of all involved in the governance of tenure. An underlying goal is to improve the national legal and investment climate so that responsible companies are more likely to achieve financially viable investments.

While adoption of the VGs after a very long process—very capably led by UNFAO, USAID and others—is a significant achievement, there is still much to be done.  First, by their very nature, the VGs are only guidelines.  They are quite general and an enormous amount of work remains to translate them into action.  The UNFAO recognizes this and has already begun the process of creating implementation guides that will help governments, in particular, begin to implement the VGs.  We at Landesa are helping to write the Implementation Guide on Agricultural Investment and Access to Land.

Second, all of the primary stakeholder groups—national and local governments, local communities and their representatives and even the investors—need to improve their capacity to understand and effectuate the VGs.  Based on presentations and discussions at the recently concluded World Bank Conference on Land and Poverty, it is clear that governments and local communities see the need for training, training and more training to enable them to manage the land rush.  Investors, too, acknowledge that they do not completely understand how to invest responsibly.  They seek a “playbook” to help them do so.

Third, it is critically important to improve communication between the stakeholder groups. At the World Bank conference, several private sector speakers bemoaned the continuing “silo effect” that tends to separate them from civil society and governments.  As one speaker observed, there is a need for a “coalition of the willing” that brings together representatives of all groups so they can work together to achieve the goals embodied in the VGs.