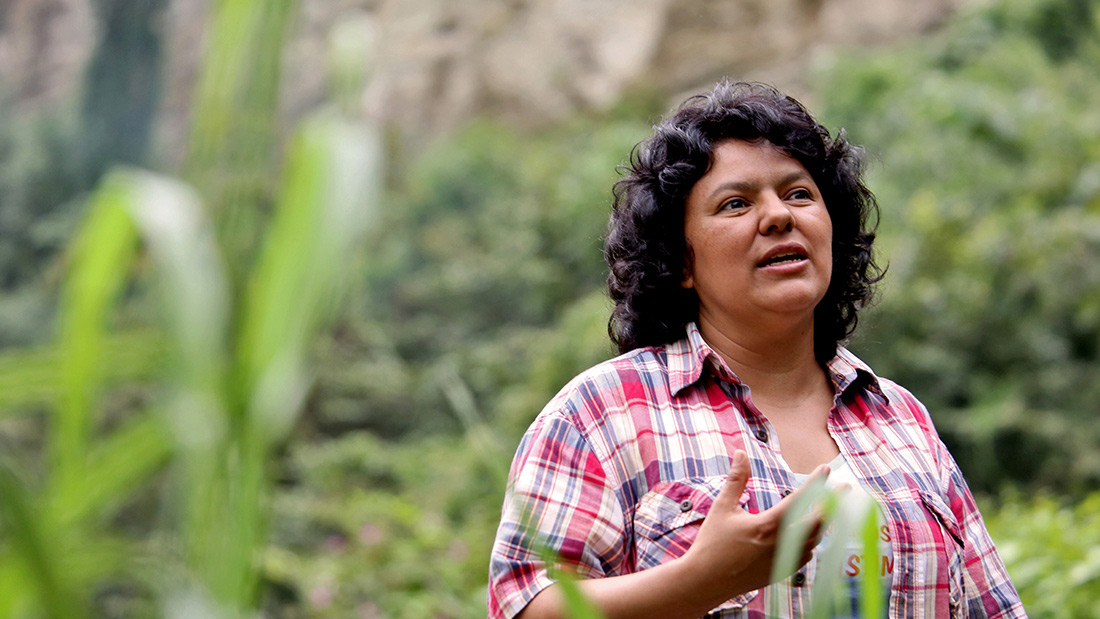 Today, Landesa honors the memory of Berta Cáceres, the Honduran environmental activist and indigenous leader, on what would have been her 50th birthday. Berta, who gained international recognition for her struggle to protect the sacred lands and waters of the Lenca Indigenous Peoples of Honduras, was shot to death in her home in March 2016.

Her murder is emblematic of the life-or-death struggle faced by thousands of land and environmental defenders around the world. In 2019, at least 212 activists were killed for defending the rights of their communities to vital lands, rivers, and forests — a number which is almost certainly underreported because of the inherent challenges in collecting and verifying data — and Honduras remains one of the deadliest places for land and environmental defenders. Women’s land and human rights defenders like Berta are particularly exposed and subjected to violence in addition to the risks faced by men who defend lands and territories, because they are seen as violating gendered norms.

Land is fundamental to the lives, culture, and human rights of the world’s Indigenous Peoples and rural communities. In turn, these communities safeguard the planet’s most important ecosystems, including millions of hectares of forest and 80 percent of its biodiversity. They are front-line defenders of the environment and essential allies in the global response to climate change.

After her death, Berta’s family organized her siembra, or “sowing.” She was returned to the land she died protecting, to become a seed of change. In that spirit, we celebrate her legacy in solidarity with the Indigenous and rural communities who continue to struggle to protect their sacred lands.