Eight Breakthroughs for Land Rights in 2020 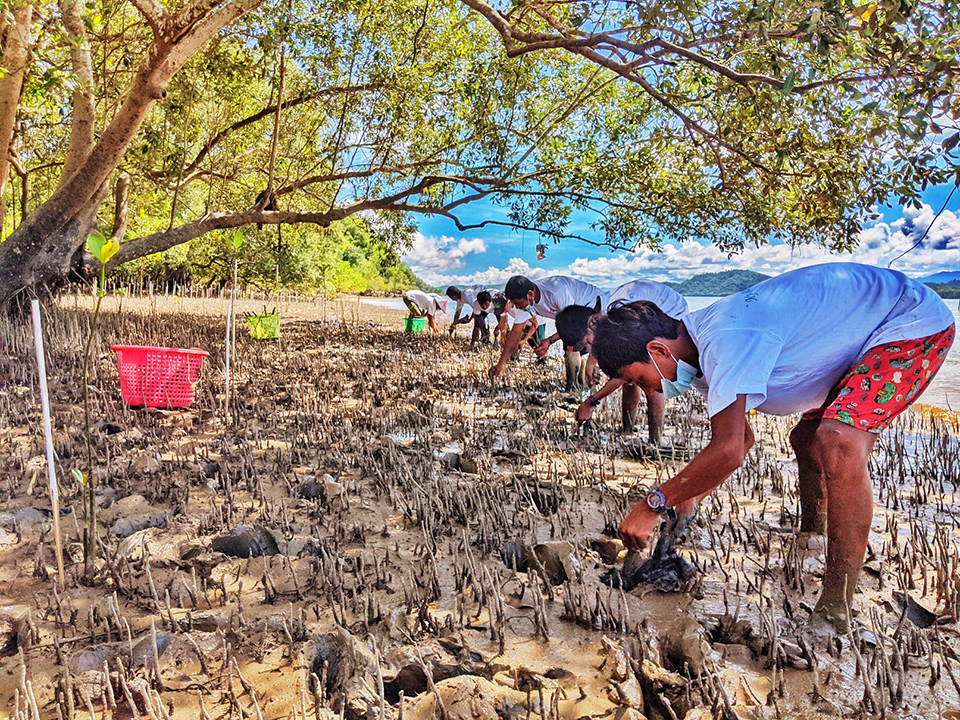 2020 was a tough year on many fronts, and land rights were no exception. COVID-19 hindered land rights advocates from doing field research, meeting with government officials, prioritizing policy initiatives, and obtaining funding.

Despite these headwinds, we have seen important advances, and the field continues to grow. Here are eight breakthroughs in 2020 to celebrate:

The past year saw notable progress on national land laws across diverse geographies. In Botswana, a revision to the national Land Policy expanded land ownership rights to all married women. Amendments to China’s land laws, which took effect Jan. 1, 2020, included stronger protections for rural households, affecting hundreds of millions of rural families. A judgment by India’s Supreme Court confirmed that daughters shall enjoy equal inheritance rights alongside sons, providing important clarification to the country’s landmark Hindu Succession Act. After a decade of struggle in the Democratic Republic of the Congo, the country’s National Assembly voted almost unanimously to recognize and safeguard the rights of indigenous peoples. 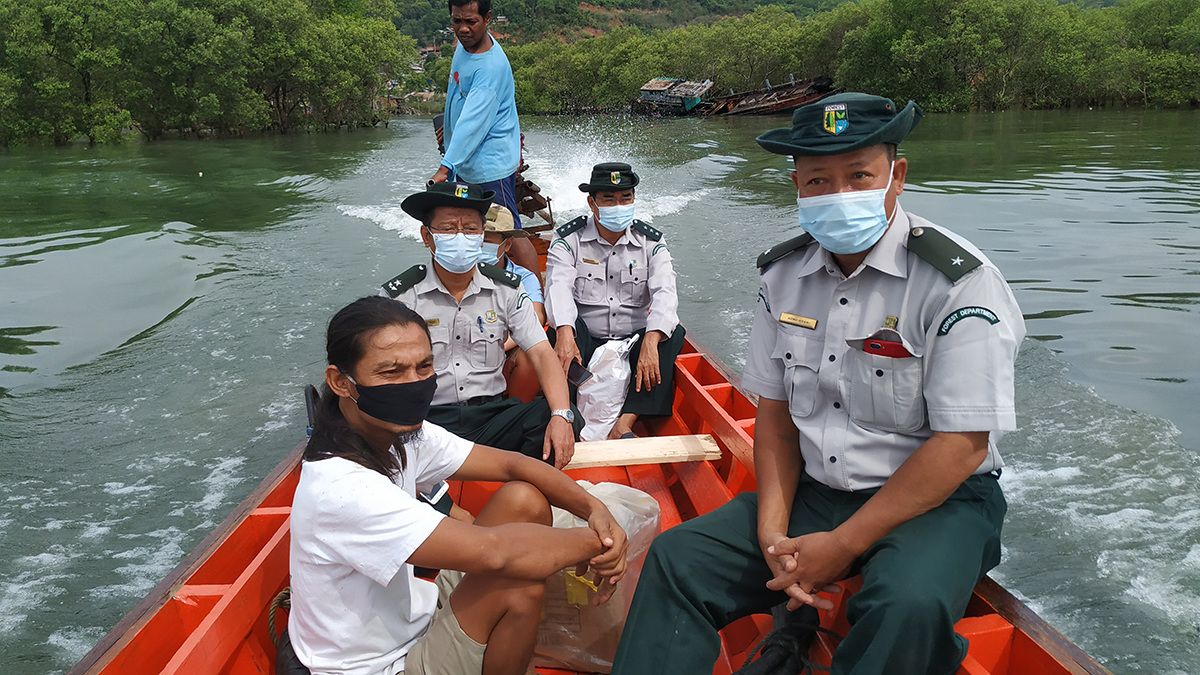 The Sustainable Development Goals offer a roadmap for connecting land to the global agenda, with explicit links to poverty alleviation, food security, women’s empowerment, clean water, and the environment, and implicit links to almost all of the other 17 goals.

Unfortunately, reporting on land rights has not kept pace with the development goals, and the field still lacks for solid data. This year marked a milestone in efforts to fill that gap with the release of a study based on research in 140 countries. Prindex, a joint effort between the Overseas Development Institute and the Global Land Alliance, reported the looming threat of land rights loss.

Prindex found that nearly 1 billion people, representing 1 in 5 adults in the countries surveyed, consider it likely or very likely that they will be evicted from their land or property in the next five years.

This data underscores the urgency of strengthening land tenure and provides a critical foundation for further research and reporting.

In recent years, a strong case has been made that secure territorial rights for Indigenous Peoples and local communities are essential to preserving forests and mitigating climate change. These communities occupy and manage over half of the planet’s land but have secure rights to only 10 percent of it.

Public and private funding for climate change mitigation comprises US$ tens of billions and will continue to grow. It is essential that more of that funding be directed towards securing territorial rights for local communities. In 2018, researchers determined that at least 293,061 million metric tons of carbon are stored in the collective forestlands of Indigenous Peoples and local communities, equivalent to 33 times global energy emissions in 2017.

In 2020, Rights and Resource Initiative (RRI) released a report of independent, high level experts aimed at directing funds towards those countries and communities that are best positioned to make significant gains in securing territories, protecting forests. The report assesses 29 countries, prioritizing those that are members of the Forest Carbon Partnership Facility and participants in the Carbon Fund.

Rather than working with these communities, conservation efforts too often exclude them. In 2020, RRI released a second report that put the cost of relocating nearly 2 billion people – which includes Indigenous peoples, local communities, and people of African descent – living in important biodiversity conservation areas at between US$4 trillion to US$5 trillion. The report provides a powerful and timely argument that recognizing land rights for these communities as part of community-rights-based conservation efforts is vastly more cost-effective than excluding them.

Land inequality underpins economic, social, and political inequality and has been at the heart of civil conflicts around the world. While it is not a new challenge, in 2020, the International Land Coalition released a collection of reports showing that the problem is significantly more extreme and pressing than previously realized.

Global land concentration has increased continuously since the 1980s, and today the largest 1 percent of farms in the world occupy more than 70 percent of the world’s farmland. Across the countries they researched, the wealthiest 10 percent of rural populations capture 60 percent of agricultural land value, while the poorest 50 percent — who are generally more dependent on agriculture — capture only 3 percent.

The ILC has followed up with a series of webinars and related activities aimed at placing land rights firmly in the center of efforts to address inequality.

#5: Standing up for women’s land rights

Land is a critical asset and source of wealth, power, status, and livelihood. But laws and customs around the world prohibit women from owning and managing land, often relegating them to second-class citizens.

In 2019, Landesa (secretariat) and the World Bank, Huairou Commission, Habitat for Humanity, and Global Land Tool Network launched a global campaign for women’s land rights – Stand For Her Land. That campaign came into its own in 2020, with incipient local networks in half a dozen countries and the two major land coalitions – the ILC and RRI – joining the steering committee.

#6: Equipping youth with rights to land

At times thought to be a liability, Africa’s well-documented “youth bulge” presents a tantalizing opportunity for government policymakers to boost agricultural productivity, increase food security, and promote economic stimulus. Governments are catching on to the importance of land rights as a tool for the continent’s 420 million youth – including more than 200 million residing in rural areas.

Africa’s youth (defined as age 15-35) face one major barrier to their entry into meaningful careers in farming: Too few have secure rights to land, and existing land laws and policies too often fail to account for their unique needs as land users. But governments from Tanzania to Liberia are beginning to recognize the potential for youth to revitalize the agricultural sector, embrace climate-smart and sustainable farming, and stimulate national economies.

If properly harnessed, the millions of young workers could prove to be the continent’s greatest asset and its engine to grow agricultural productivity and food security while reducing poverty.

In addition to the growing movement around women’s land rights, the major networks and collaborations on land rights all expanded significantly in 2020. The ILC added new members and a host of land-related local platforms (numbering some 60+) to its work, resulting in 17 policy shifts, and 19 changes towards more people-centered, land rights gains. RRI went through a major expansion by adding global networks of Indigenous Peoples, local communities, and people of African descent to its coalition. The Land Rights Now campaign (comprising ILC, RRI, Oxfam, and more than a hundred additional NGOs) also significantly expanded its work through a digital campaign (“Mobilization 2020”).

Efforts to combat COVID have highlighted the importance of geolocation, survey data, and easy tools for data collection in order to stay eviction orders and to provide public information on clinics, test sites, water, and sanitation facilities. While the pandemic limited field work and data collection, global initiatives like LANDex and the Land Matrix have broadened their efforts to make land rights data more accessible and deployable, and there was much greater use of existing data to create dashboards generally for advocacy purposes (e.g. here, here, here). One of the leading land tech proponents, Cadasta, launched a training and support center in 2020 and the newly established PlaceFund has put data collection at the forefront of its efforts to strengthen land and property rights.

These gains in the face of so many headwinds are notable but leave much more to accomplish in 2021. In particular, there is urgent need to address the increasing threats to land rights defenders, to expand the use of new technologies, to ratify the right to land at the global level, and to make good on corporate and industry body commitments to land rights.

Fortunately, the movement around land rights continues to gain new allies and resources and is well positioned to build on its 2020 breakthroughs.