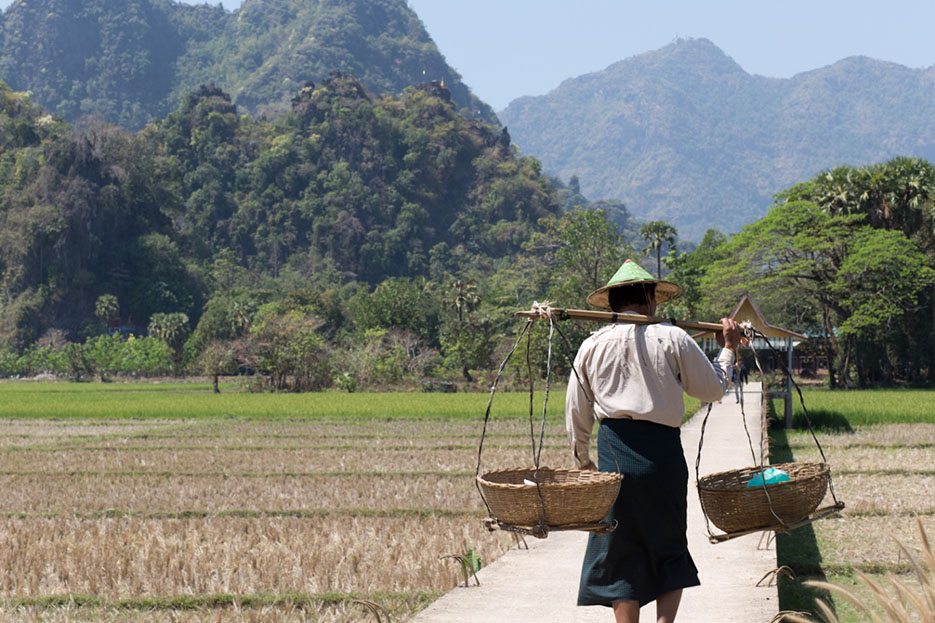 This op-ed originally appeared in PLACE.

Since World War II, there have been five great Asian development success stories founded upon land tenure reforms that allocated land ownership, or equivalent long-term land rights, into the hands of small farmers. Will Burma be the sixth?

A rare opportunity is knocking, to directly benefit as many as four million of the poorest families on earth, and beyond that to support broader economic growth and the crucial processes of peaceful democratization in a country of 50 million. The place is Burma (also known as Myanmar) and the opportunity is reform of land tenure in favor of the rural poor.

Last week, Daw Aung San Suu Kyi, State Counsellor of Burma’s new democratic government, elected by a landslide, made her first state visit to the United States. The winner of the Nobel Peace Prize, who saw her country through dark decades of military dictatorship – much of it under house arrest – will address the new session of the General Assembly and will meet with President Obama and other world leaders.

Daw Suu’s meeting with President Obama reciprocated a visit he made in November 2012 when Burma was beginning its democratic transition and she was still in the political opposition. In his address at the University of Yangon, President Obama recalled Franklin Delano Roosevelt’s “Four Fundamental Freedoms”: freedom of speech, freedom of worship, freedom from want, and freedom from fear. President Obama proposed a partnership in which Burma’s “progress towards democracy” would be coupled “with economic development”, and then offered this ringing affirmation of the centrality of property rights:

“It’s not enough to trade a prison of powerlessness for the pain of an empty stomach.”

A SAY IN THEIR FUTURE

When ordinary people have a say in their own future, then your land can’t just be taken away from you. And that’s why reforms must ensure that the people of this nation can have that most fundamental of possessions – the right to own the title to the land on which you live and on which you work.”

At a town hall meeting on his second trip to Burma, two years later, President Obama spoke again to the land issue:

“Now, because Myanmar is still very agricultural, I think issues of land reform and trying to increase productivity in the agricultural sector is also a very immediate and urgent problem.”

Five great Asian land reforms since 1945 have offered land property rights, and thereby laid the groundwork for success in broader economic development (and, while uneven in their linkages with democratization, those reforms have almost certainly supported a much greater degree of empowerment than would have existed without them). These were the land rights reforms in Japan and South Korea and on Taiwan, each now democratic, and in (now long-time decollectivized) Vietnam and mainland China.

Twenty-first century land rights reform in Burma, however, need not be a duplicate of the five great reforms that have gone before, each of which focused primarily on transforming tenant farmers into owners of land previously owned by private landlords.

While land rights reform in Burma will have some parallels to these prior successful reforms, it is likely that Burma’s reforms will embody major additional elements reflecting both the specifics of rural poverty and landlessness in that country, and the recognition that the great twentieth century reforms nonetheless omitted some vital features. Prominent elements in Burma’s reforms will need to include:

Our work in Burma [disclosure: some of the support for that work comes from USAID, and the Omidyar Network] over the past three and half years persuades us that the top leadership (not only Daw Suu’s party, but including the previous government, which adopted a highly progressive National Land Use Policy before leaving office) understands the need for comprehensive land rights reform. Hopefully, the heads of state and others who meet and interact with Daw Suu on her historic visit will seize the opportunity to encourage and support Asia’s sixth great land tenure reform.

Roy Prosterman is Founder and Chairman Emeritus of Landesa.