Since our initial work on land tenure reform took place in what was then South Vietnam – accompanied by a 30% increase in rice yields and an 80% decline in Vietcong recruitment within the South – we have continued to follow with interest any major land-law developments in post-conflict Vietnam.  We were invited back by the Hanoi government in 1993 to do fieldwork and provide an independent confirmation that collective farming had been ended, in favor of a system of individual family farms, and that farmers were indeed pleased and more productive under the family-farming regime. 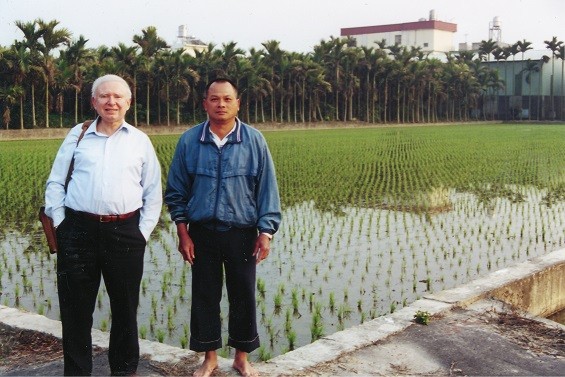 At the time of the 1993 fieldwork, Vietnam had just adopted a new Land Law which gave farmers 20-year rights on land used for annual crops, and 50-year rights on land used for perennial crops such as tree crops.  Following our fieldwork, and in light of farmers’ general response, “the longer the better” as to how long they would like their land rights to be, we recommended a regime of permanent use rights for all agricultural land.

This issue of the length of farmers’ land property rights has long been on the policy agenda in the unified Vietnam, and we are pleased to report that Vietnam has just adopted a Revised Land Law, to become effective on July 1, 2014, which will give farmers 50-year use rights to all their agricultural land, including their basic, annual-cropland.

The revised Law also appears to include significant improvements on such issues as compensation and procedures for land takings, and in other important areas.  The Law’s passage has now been announced at a Government press conference, and we are awaiting the availability of the full text.  We will report in more detail when that has been received – the new Law has 212 articles, so there is likely to be a great deal more to report on.

Fifty-year land rights, it should be noted, at least in their initial years – if treated as a depreciating asset – are economically virtually equivalent to full private ownership.  Market economies that use such rights widely for farmland include Hong Kong, where farmers in the New Territories have 50-year rights to their agricultural land; and Israel, where most agricultural land is held under 49- or 98-year rights (the former having a Biblical origin).

Besides the likely impact in Vietnam itself of this near-approximation of full private ownership for farmers’ land rights – and the impact of other provisions, such as those on land takings – the positive steps on farmers’ property rights found in Vietnam’s Revised Land Law could prove extremely helpful in the debates now going forward. Landesa has had a longstanding advisory role in neighboring China on such debates on needed revisions of land laws.

We are reminded again of the concluding comment in an editorial written many years ago by the Chicago Tribune (February 8, 1971), as the land-to-the-tillers program was being carried out in the South of Vietnam:  “Land reform will be remembered long after the last American soldier has sailed for home.”  Indeed, it appears to be alive, well and still-deepening.