Land Reform for the Modern Era 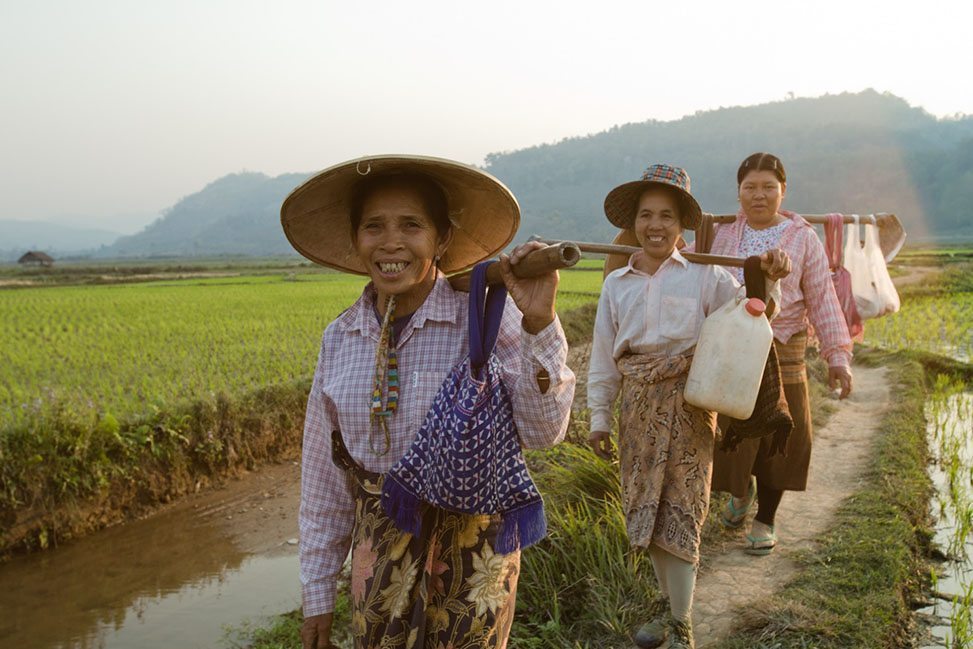 By Joe Studwell and Chris Jochnick

After World War II, land reform programs in Taiwan, South Korea and Japan redistributed vast swaths of land to poor tenant farmers and agricultural laborers. The efforts helped end extreme poverty and hunger — changing the course of their histories. Land reform was referred to as the “secret sauce” that sparked sustained and broad-based economic growth.

Land reform was rightly credited with kick-starting the transformation of each of these economies, driving growth in the agricultural sector and setting the stage for manufacturing sector growth.

Yet too often, the contemporary international development community, historians and economists dismiss the lessons these economic miracles offer us. In their reading of history:

1. Land reform is so sensitive, and fraught with such resistance, that it can only be launched by dictatorships or occupying forces.
2. Buying land is too expensive and taking land is politically untenable.
3. There isn’t enough land for all the poor.
4. Land rights are an effective tool for economic development in Asia alone.
5. Land reform programs are a one-size fits all.

These conclusions miss important lessons from these Asian Tigers and fail to appreciate land reform as being comprised of a spectrum of policies that can address structural and fundamental problems in a flexible, efficient and targeted manner. It can be implemented in a democratic, market-friendly approach.

Consider the situation in sub-Saharan Africa, where the problem isn’t legions of landlords oppressing tenants and landless. Instead, the challenge is the awkward overlay of modern state laws grounded in colonialism and long-standing — and often contradictory — customary law and traditions. In this morass, land rights are neither clear nor well-administered.

And while that may sound like a technical and bureaucratic problem, it casts a long shadow over tens of millions of smallholder farmers in more than a dozen African countries. Against a background of population growth and climate change, unclear land rights create tensions and conflicts. They can fatally undermine the potential for growth. Farmers without secure land rights operate accordingly: they hedge their bets and don’t invest in their land  — stunting their harvests and their futures.

This is particularly true among women farmers. Sixty percent of working women in sub-Saharan Africa are in the agricultural sector, but they often work without secure legal or customary rights, accessing land only through a male relative. If they are widowed or have an argument with their brother or father, they and their children may find themselves homeless and landless.

Much can be done in relatively simple and practical steps, far short of land redistribution, to improve land rights, security and stability.

For example, Burundi needs to enshrine women’s land rights; Liberia needs to recognize customary rights to land, as the majority of land held by communities still legally belongs to the state; and Ghana needs to clarify the role of traditional leaders, who in some areas treat community land as their own personal property. The list goes on.

Many African countries recognize the importance of land reform and are taking initial steps toward addressing these problems. Ethiopia, for example, has implemented a comprehensive land reform program and a strategy of Agricultural Development Led Industrialization, allowing the country to halve its poverty rate in the past 15 years while growing faster than China. Rwanda has passed progressive legislation and enacted policies to recognize and strengthen women’s rights to own and inherit land. Liberia adopted a progressive Land Rights Policy in 2013 and is currently considering a land rights law to clarify and recognize customary tenure systems.

In Asia, consider the case of Myanmar. The U.S. Agency for International Development estimates that 30 to 50 percent of the rural population is completely landless. That means an estimated 3 million families are trapped in extreme poverty. There is no other way to stabilize this young democracy and jump start broad economic growth than by empowering these families with land.

As a top priority, the new Myanmar government is beginning to implement a progressive National Land Use Policy and is designing a land tenure reform program. The country’s new policymakers have traveled the region to see firsthand how other programs in Asia work. They have studied Taiwan’s historic land reform, and the growth, peace, and stability that followed. Myanmar has also looked at the successful program in West Bengal, India, which distributes land owned by the government and purchases land from willing sellers at market rates to distribute to poor women and men. Supported in part by the Bill & Melinda Gates Foundation, the program has already helped more than 250,000 previously landless and destitute families in West Bengal.

Where politically possible and appropriate, large scale land redistribution can be a powerful tool for development, evidenced by the success of Taiwan, South Korea and Japan. More flexible, nuanced approaches to land reform can create profound change for those living in poverty today.

Joe Studwell is a freelance writer, journalist, and author of How Asia Works. Chris Jochnick is Landesa’s CEO.