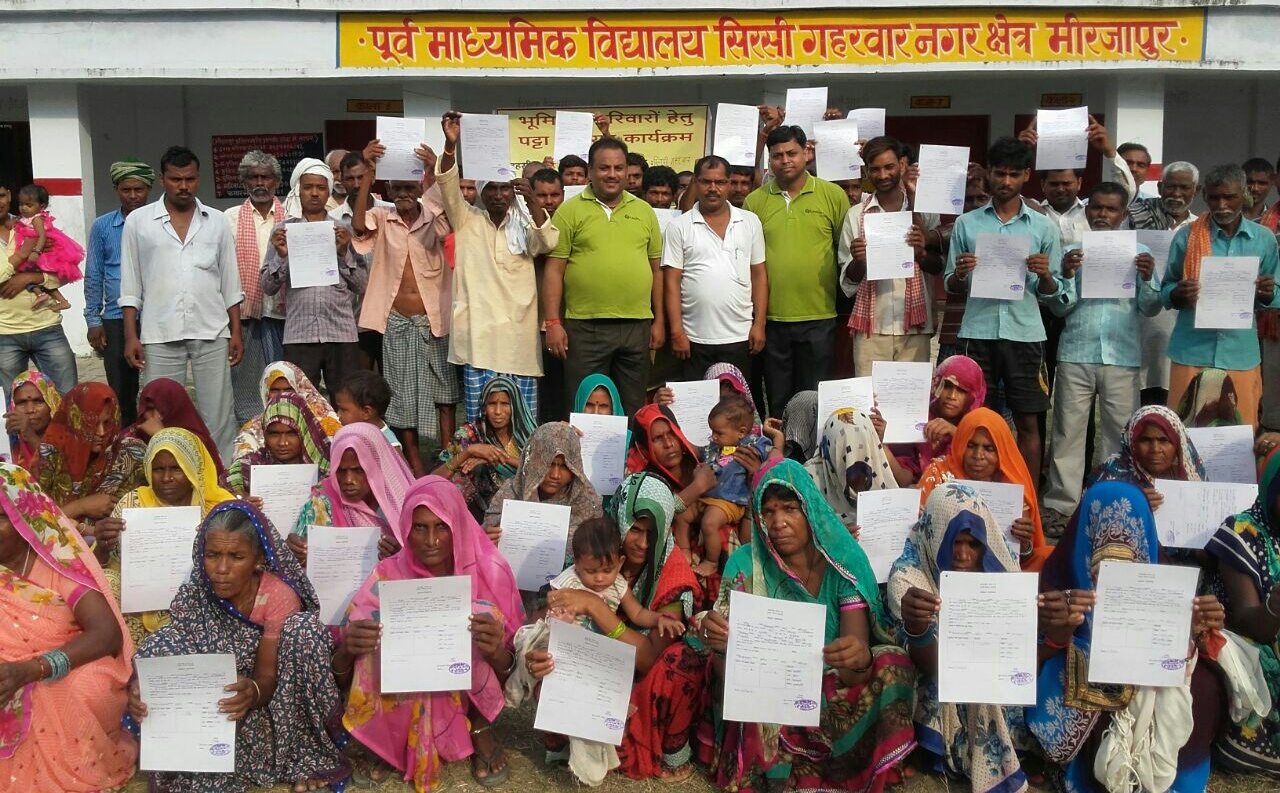 The public ceremonies were attended by a number of local leaders and officials.

In Uttar Pradesh and elsewhere, Landesa staff partner with local officials to extend land rights to formerly landless households. Significantly, Landesa advocates for women’s names to be listed on land titles, helping ensure that women enjoy the same rights and protections as men.

“Land titles in women’s names are far more than a source of subsistence,” said Abhiskek Gupta, Landesa’s District Program Manager in Mirzapur. “It improves their social status, changes the way people see them, and elevates their sense of value within their families, communities, and in society.”