What the Climate Crisis Means for Land Rights 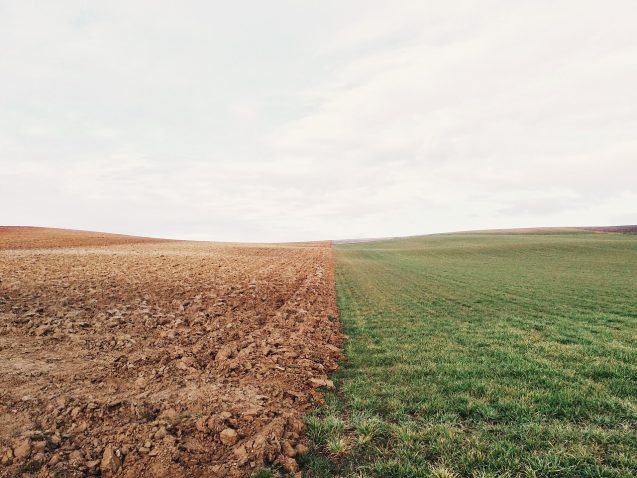 This blog is republished from the Columbia Center on Sustainable Investment.

The climate crisis will reshape our relationships to land around the world. Journalist David Wallace-Wells warns that, once the planet warms 2°C above preindustrial levels — the target set by the Paris Agreement — “major cities in the equatorial band of the planet will become unlivable,” and 400 million more people will suffer from regional water scarcity. At 3°C of warming — the expected result of Paris Agreement policy pledges by 2100 — world agriculture systems could struggle to meet global caloric demand and droughts are projected to plague much of India and Pakistan, the Mediterranean, Central America, the western United States, and Australia. At 4°C, closer to where current policies will lead us by the century’s close, rising seas could swallow land currently occupied by 470 to 760 million people.

While difficult to predict with precision, extreme heat, flooding, storms, and drought appear primed to create as many as one billion climate migrants (people driven to leave their homes because of changes to their local climate) by 2050. These impacts are already sowing instability and conflict and threaten the human rights of millions of people; they will only grow worse.

The ways that we use land today are fueling these coming catastrophes. Agriculture and forestry together account for nearly one-quarter of global anthropogenic greenhouse gas emissions. In reaction to the 2019 IPCC report on climate change and land use, a recent Guardian article highlights the report’s warning: “it will be impossible to keep global temperatures at safe levels unless there is also a transformation in the way the world produces food and manages land.” Staving off the worst impacts of the climate crisis will therefore require significant changes in how we use land: reversing deforestation, adopting more sustainable fertilizer and tillage practices, and reducing beef consumption all could importantly help to cut global emissions.

These are not the only critical climate solutions with implications for global land use. Renewable energy projects — essential for the shift to a low-carbon world — can also require large amounts of land. For instance, meeting all US electricity demand through solar energy could require around 55,000 square kilometers of land, according to one estimate — an area just smaller than the size of West Virginia. Solar is not alone: near the end of the 20th century, the world’s largest hydroelectric dams were estimated to have displaced roughly 4 million people per year, and bio energy (produced through the burning of recently living organisms, typically plants) and wind farms also have significant land footprints, although much of the land for wind farms is between turbines and can be used for other purposes. Concerningly, a recent survey found that many renewable energy companies still do not have human rights and community consultation policies, and few explicitly recognize communities’ rights to free, prior and informed consent for projects that affect them.

The anticipated land impacts of efforts to capture and store carbon (removing carbon dioxide from the air and converting it into solid carbon that does not contribute to warming) are also critical to understand, as such efforts will almost certainly be required to hold warming to 2°C (let alone the Paris Agreement’s 1.5°C aspirational target). Most 2°C scenarios assume massive deployment of bio-energy with carbon capture and storage (BECCS), wherein biomass crops are grown and burned for energy, with the released carbon subsequently captured and stored underground. Although only five BECCS facilities are currently operating, the climate models that rely on BECCS for Paris Agreement compliance assume a cumulative land area one to two times the size of India to be dedicated to growing biomass crops. Other “negative emissions” mechanisms like the reducing emissions from deforestation and forest degradation (REDD+) program, which compensates land owners and communities for halting deforestation and reforesting land, have been associated with land grabs and the loss of indigenous and local communities’ rights to use their forests.

These solutions are all necessary, but their rapid mobilization must not sacrifice the land rights of rural communities and families who have sustainably maintained their lands for generations. A just transition to a low-carbon society requires recognition and protection of community land tenure — and specifically, all legitimate tenure rights — by companies, governments, and international NGOs. Pitting climate mitigation and respect for human rights against each other serves neither goal.

The prognosis is stark: the coming century will require human civilization to meet its needs from a shrinking pool of land, all while efforts to mitigate the climate crisis further increase demand for habitable and arable land.

While the bulk of climate mitigation conversations often focus on energy systems, how land figures into both climate mitigation and adaptation efforts also needs to be a central consideration. Some actors have recognized this importance, and shown leadership in developing solutions. The Right Energy Partnership with Indigenous Peoples, for example, has the dual goals of ensuring that renewable energy projects respect human rights, and of funding projects that will connect millions of indigenous peoples with electricity and that operate consistently with those people’s self-determined needs and aspirations.

Other organizations and actors should follow their lead in recognizing and working to address how the climate crisis will affect land use, and the attendant consequences for the enjoyment of human rights. For that reason, the Columbia Center on Sustainable Investment is partnering with the Sabin Center for Climate Change Law at Columbia Law School, Landesa, Columbia University’s Earth Institute, the New York City Bar Association International Environmental Law Committee, and Wake Forest Law School to organize a conference on Friday, September 27th on the Climate Crisis, Global Land Use, and Human Rights.

Nathan Lobel was formerly the special assistant to the director at the Columbia Center on Sustainable Investment.