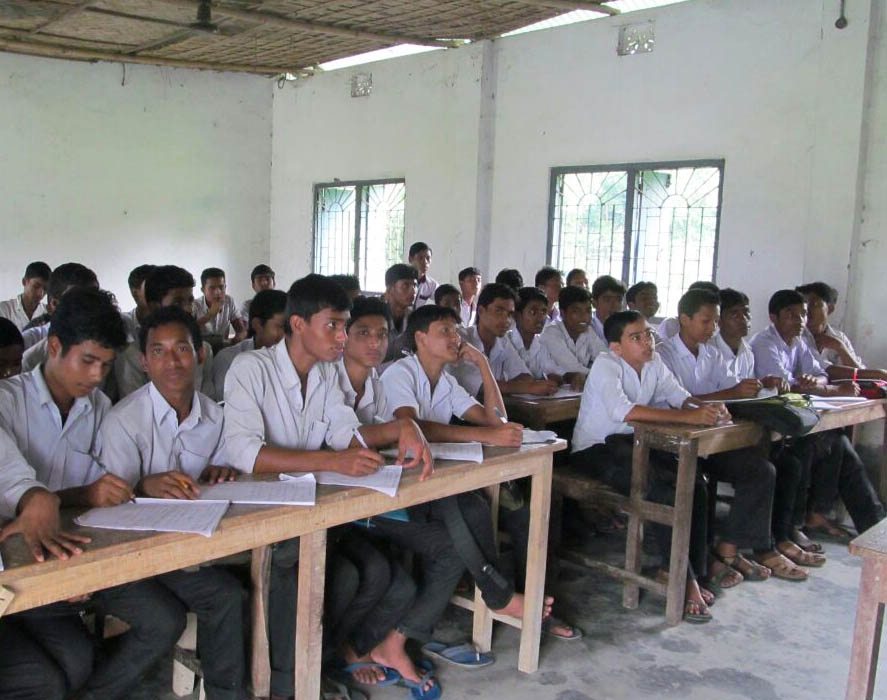 A window into the future.

That’s how I think of my job.

I lead discussions with groups of boys in rural West Bengal, India to sensitise them to the challenges faced by their sisters and mothers in this patriarchal society as part of Landesa’s Girls Project.

We’ve spoken with more than 7,000 boys over the last four years. And the conversations often start with them sharing their understanding of the way their world works. And though they are young, they readily see the injustices around them and the array of challenges facing their sisters.

Another offers, “neighbours start insisting that you should get your daughter married early. Once the girl is 16-17 years, everyone in the community starts worrying.”

They see their sisters, cousins, and “many of our class mates, with whom we have been studying for years, suddenly stop coming to school one day.”

What did these sisters, cousins, and classmates say when their parents announced their wedding, often to men they do not know and who are many years their senior?

The boys tell me “nothing.”

One adds, “Girls are so young that they hardly have the capacity to realise what is happening with them. So, whatever is decided from their home, they accept that.”

A boy adds, “One girl in my community got married yesterday…The girl was just 14 years old. …I have never seen anyone trying to stop such marriages.”

That’s why these conversations with the boys are so important. The conversations are often the first time the challenges facing girls are recognised and quantified.

Landesa’s Girls Project is an innovative project implemented through a partnership between the government of West Bengal, India and Landesa, aimed at improving the economic, health and social status of adolescent girls across rural West Bengal.

For the past four years, the project has focused on one district, Coochbehar, where opportunities for adolescent girls are cut short by the interrelated issues of limited education, child marriage, early child bearing, trafficking, malnutrition and unequal distribution of family land and other assets at the time of inheritance.

The main idea of this project, which has reached tens of thousands of girls in the last four years, is to connect adolescent girls to assets, land in particular, which we believe can help reduce their vulnerabilities by increasing their status in their families and fueling a change in the way their communities perceive them.

A “Boys Group Sensitisation” programme was included to create long lasting change. The boys meet in their school and discuss the rights of a child, the insecure situation for girls in poor families, rights to inheritance, and the role of brothers can play in helping their sisters reduce their vulnerability. And we talk about the future. Specifically about their future role as husbands and fathers, mitigating the challenges girls face.

Participating boys are taught about the legal rights of girls, including the legal age of marriage, the laws mandating equal distribution of inheritance across all siblings, and the illegality of dowry. During one focus group of adolescent boys, one participant agreed that:

“Girls should marry after 18 years, because if they marry early then after some years they will become weak and feeble, then they won’t be able to take care of their responsibilities. At 21-22 years of age girls are properly grown up and know what is right or wrong for them.”

Nevertheless, because they are very young, these boys know they are dependent on their parents and other elders in the society to push forward this change.

We have now expanded our Girls Project into six districts. We’ve reached tens of thousands of girls. We hope to expand our outreach to boys into these new districts. Walking through the villages, seeing the girls’ gardens – gourds vines growing on roofs and leafy greens in patches around the girls homesteads and sensing the boys growing respect for their sisters and classmates, I can’t help but think that these gardens are visual manifestations of the hope we all have for a better future.

Poulami Sanyal is Project Officer, Measurement and Evaluation, for Landesa.