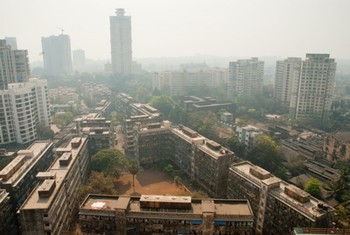 India is said to live in two centuries.

My recent visit there reminded me that this divide is so wide it spans more than centuries. There are the air conditioned offices of global cutting edge technology firms, and the plush shopping malls where shoppers can buy Benetton shirts and snack on Pizza Hut or watch Bollywood films, and the forest of new apartment blocks being built to house India’s burgeoning middle class, and then there is the countryside where the majority of Indians live – many in a state of utter poverty. 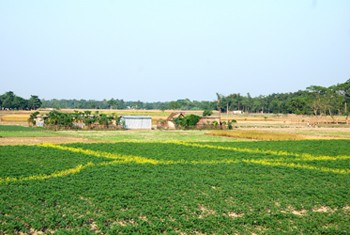 These two facts are more closely related that you might think. Government of India statistics show that rural landlessness is the best predictor of poverty in India, an even better predictor than illiteracy or low caste.

At least 15 million families in rural India are utterly landless. Scores of millions more lack legal rights to the land they till.

Land is at the root of not only their poverty, but also the conflict India grapples with.

The Government of India last year determined that 12 percent of all murders in the country were related to conflicts over land.

On a larger systemic level, landlessness and weak land rights are major complaints of the Maoist rebels who have fomented violence across much of the Indian countryside. Kidnapping government workers, attacking government troops, these leftist Naxalite movement rebels have a variety of demands including dramatic land reform. In their campaign of fear, they fuel discontent and violence in the countryside. Their movement is now considered India’s single biggest internal security challenge, and a battle the country is in danger of losing.

Today, India faces a serious challenge to address these land issues. The problems will not go away by themselves. But where most see challenge, I see historic opportunity: India has the chance now to create a reform agenda that can address the land hunger of its rural impoverished in a manner that is politically feasible, financially affordable, and not market constraining.

Fortunately, India has already identified and is experimenting with a variety of ways to do this using two tools: “barefoot” legal aid workers and micro-plots.

Both Andhra Pradesh and Odisha have successfully piloted programs that train barefoot legal aid workers (or community resource persons) to work with poor families and provide added capacity to local Revenue Department officials to deliver landownership to tens of thousands of rural families who occupy land claimed by the government or have clouded ownership of the plots they till. These innovative programs, which have provided secure legal land rights at low cost, deserve to be replicated throughout these states and beyond.

Many state governments are maximizing the impact of these programs by doing one simple thing – including women’s names on land titles. Increasing evidence points to a strong association between women’s landownership and a myriad of desired gains – increased productivity, increased nutrition and schooling for children, and reduced domestic violence.

And barefoot legal aid workers are not the only tool at India’s disposal. State government programs in Karnataka, West Bengal and Odisha are also effectively providing “micro-plots” to completely landless farm laborers. Research shows that these house-and-garden plots of one-tenth an acre (about the size of a tennis court) can provide significant benefits to landless families by providing them sufficient space to grow food, build a house, keep livestock, and develop other livelihood options.

What’s more — like the barefoot legal aid model – the micro-plot model is scalable, even in a country with a population as large as India’s: Meeting the land needs of all of India’s rural landless families would require less than one-half of one percent of the country’s agricultural land. Such land can be sourced through a combination of purchase on the private market and allocation of existing government land. Already hundreds of thousands of families have benefited. They are growing their own food, sending their children to school and slowly climbing out of extreme poverty. And, just as importantly, they are building a positive relationship with their government.

These efforts, paired with the new program aimed at providing each Indian with an identity number, can be transformative and help millions of Indians move out of the fringes of society.

Getting to the root cause of poverty is difficult, and that’s why we’re fond of saying that structural problems deserve structural solutions. Like no other place in the world, India is in the midst of embracing historic reforms as it pulls its poorest class into modernity and provides a bridge linking the two Indias.