How can land investments be both sustainable and equitable? 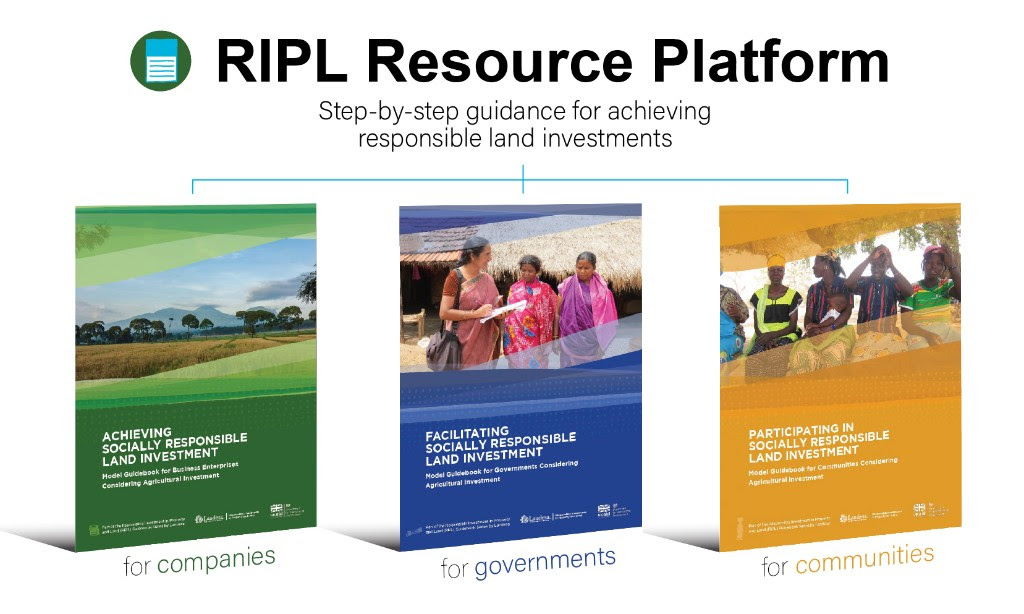 There is no question that land is a fundamental asset for food and beverage companies growing and buying agricultural commodities in Latin America, Africa and Southeast Asia. At the same time, investments in land can threaten the rights of local populations, creating significant risk for local communities and companies and investors alike.

Consider a hypothetical investment: a multinational company has leased 10,000 hectares of land and a production facility from the government to grow and process tea. As part of the agreement, the company committed to establishing an outgrower scheme by purchasing tea directly from smallholder farmers living in the surrounding villages and investing additional capital in equipment, technology and local infrastructure.

Although excited, several communities living adjacent to the investment believe that a proposed access road encroaches on their land. Village elders from each community have raised concerns to local land administration authorities.

Unfortunately, local authorities have no existing records of the communities’ claims to the land. Due to startup costs, the company’s profit margins are slim. But at the same time, cutting corners could escalate the problem and become a recipe for disaster.

This story isn’t unique. In search of greater profits in a saturated marketplace, food and beverage companies too often avoid understanding and addressing land rights issues.

Countries like Brazil, Tanzania, and India are more than just places that grow our sugar, corn, palm, coffee, and cocoa; they’re home to communities of rural people. In fact, the majority of people living in poverty—women, men and youth — rely on land as their primary means to sustain their livelihoods.

Understanding women’s relationships to land is particularly important. Because women are often disadvantaged by customary practices and social norms that obstruct their participation and decision-making in consultation, negotiation, and benefit-sharing, they may be disproportionately affected by investments that deepen, or fail to consider, existing inequalities

Unfortunately, to reduce expenses and expedite projects, many companies will disregard or bypass the needs and rights of communities. This could have a negative impact on the company’s social license to operate in the community.

Social license reflects the broader communities’ confidence and perception of the company. It’s an intangible asset that isn’t always apparent. But if it’s damaged, it can be difficult to repair, particularly when land-related issues are not addressed at the very start of an investment. Importantly, social license is critical where law and polices are insufficient to safeguard land rights for citizens.

Compounding the problem, many countries in the Global South have unclear land property rights, poor policies and laws, and weak or even corrupt administrative systems that govern land based investments.

To avoid a failed investment, more is required of business. Cutting costs around activities such as community consultation and engagement will inevitably lead to disputes and conflict that could potentially delay or suspend business operations, pose significant reputational risk to the company, and in the long-run, cost millions.

So we recognise there is a problem, but how do we solve it?

International standards and guidance, such as those found in the United Nations backed  Principles for Responsible Investment (PRI), Voluntary Guidelines on the Responsible Governance of Tenure of Land, Fisheries and Forests (VGGT), and Guiding Principles on Business and Human Rights offer a starting point, outlining widely accepted standards for responsible land investments.

Although a good starting point, the U.N.-backed guidance documents and industry certification standards lack the practical detail necessary for those seeking to implement and abide by them in practice. To bridge the gap between policy and practice, a different set of tools is needed.

No two investment areas are alike. National laws, social customs, demographic and environmental factors make it impossible to adopt a cookie-cutter approach to meeting the diverse needs that emerge in and around land investments. Fortunately, with a new resource to put international guidance into practice, companies and communities both can benefit from sustainable and equitable land investments.