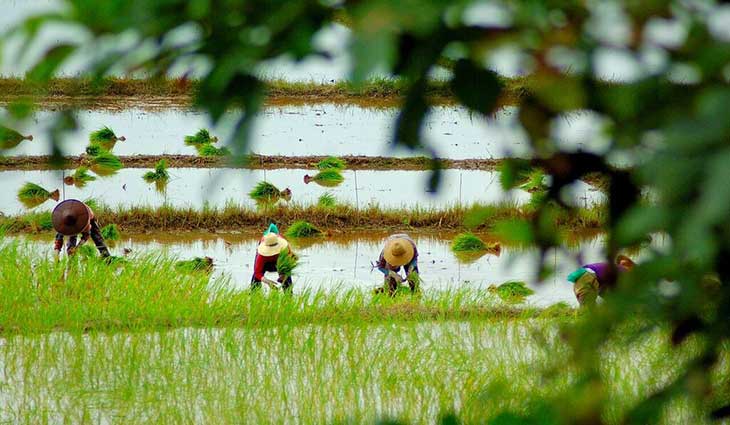 During this week’s historic first visit to Myanmar by an American President, President Obama was right to shine a spotlight on the issue of land rights.

As Myanmar opens up to the world after five decades of repressive dictatorship, land rights are of fundamental importance. Sixty years ago Myanmar (then known as Burma) was one of the leading rice producers and exporters in the world—the “rice bowl” of Asia.  Since 1962, when the military seized power and formed a dictatorship that lasted for nearly 50 years, the nation’s agricultural sector has suffered. Farmers are indebted and many are desperate.  Economic growth in the countryside, where some two thirds of the population lives and works, is stunted.

Landesa’s experience in a variety of Asian countries shows that this decline need not continue. The key to restoring Myanmar to its former agricultural prowess and improving rural livelihoods is to ensure that farmers have secure control over the land they till and what they grow.  If Myanmar does not protect the land rights of its largely rural citizenry who have labored for years in their fields with government control of their planting and marketing, and address the further issue of its large population of completely landless rural poor, it cannot build a solid foundation for sustainable development that will lift the country out of extreme poverty.

As President Obama said in his speech at the University of Yangon, yesterday, using FDR’s “four freedoms” as a framework, “It’s not enough to trade a prison of powerlessness for the pain of an empty stomach. But history shows that governments of the people and by the people and for the people are far more powerful in delivering prosperity. And that’s the partnership we seek with you.” The President then said this:

When ordinary people have a say in their own future, then your land can’t just be taken away from you. And that’s why reforms must ensure that the people of this nation can have that most fundamental of possessions—the right to own the title to the land on which you live and on which you work.

This right is currently denied the two thirds of Myanmar’s population (which totals 54 million people) who live in rural areas. Perhaps as many as one-third of these rural dwellers are completely landless agricultural laborers while the remainder have highly constrained rights to the land they farm.

Myanmar is not unique. In fact, on this very same trip, President Obama also spoke about the need for more secure rights for farmers in Cambodia. However, few countries in the world are better poster children for the need for land rights than Myanmar.

Myanmar is a country endowed with vast mineral wealth and some of the most fertile soil on the planet.

But her people are among the poorest on earth.  Impracticable agricultural policies and the government’s frequent confiscation of land are a major contributor to this poverty.

For decades, and with increasing frequency, the government of Myanmar has taken land away from farmers, without compensation, for the government’s own use or to feed the needs of commercial investors.  These acquisitions are posing significant threats to the security of farmers’ land rights. Government data shows that the amount of land transferred to private companies increased by as much as 900 percent from the mid-1990s to mid-2000s and now totals roughly 5 percent of Myanmar’s agricultural land.

As an even more widely felt constraint, Myanmar law allows the government or the local military commander to dictate which crops farmers must grow, and subjects farmers to production quotas. Like land takings, policies like these also displace farmers and lead to food insecurity, as farm productivity suffers.  This can push farmers into debt, forcing them to take out loans from money lenders in an effort to meet an unrealistic planting directive or even lead them to dispose of their land altogether.

If farmers don’t have land tenure security or the right to choose what they plant, they won’t invest in their land to improve their harvests.  If harvests don’t improve, food insecurity will endure, fueling the destabilizing cycle of poverty with which we are all too familiar: hungry children working in the fields alongside their parents to supplement family income.

We applaud President Obama’s remarks and we urge investors, NGOs, USAID (now with $170 million newly earmarked for Myanmar) and others planning to support Myanmar’s development to be mindful of the importance of respecting and strengthening land rights. If they lack expertise in this area, they should explore collaborations with the variety of experienced local or international organizations that do have such expertise and we encourage government partners to lay the foundation of future sustainable growth by providing the country’s farmers with a powerful tool they can use to climb out of poverty; integrating secure land rights (including access, for those who lack even that) into Myanmar’s fledgling poverty alleviation strategies will be a critical point in achieving long-term systemic change.

The 50 countries in which we have done fieldwork on rural development – including most of the major Asian economies – clearly show the huge advantages of providing small farmers with strong, secure land rights. In South Vietnam, where we began our work more than 40 years ago by partnering on reforms which provided one million tenant farming families with land ownership, rice production increased by 30 percent – in the middle of the Vietnam War. Given its rich agricultural potential, there is no reason rural Myanmar, over the next decade or two, should not join the likes of land reform and rural development success stories like Vietnam or South Korea.

Roy Prosterman is founder and president emeritus and Darryl Vhugen is a senior attorney and land rights specialist with Landesa, a global development non-profit that works to secure land rights for the world’s poor. Follow us at @Landesa_Global