Uprooting Families to Save Trees 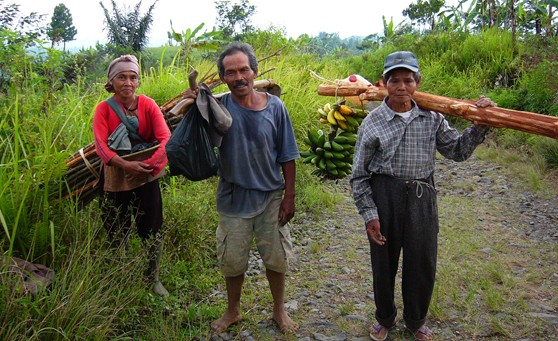 Much has been written about the global land rush –the trend in which investors, eager to establish plantations to produce food or biofuel at a discount, buy up or lease vast swaths of farmland in the developing world. In the process they often uproot entire villages, reducing small indigenous farmers to legions of landless poor.

From Uganda to Cambodia, there are reports of farmers and herders being told, often with little notice or compensation, that they must vacate their land to make room for investors.

Often, these investors have negotiated directly with central authorities and have promised jobs, technology, and infrastructure improvements in exchange for the land. But their promises of benefits to locals often go unfulfilled.

It is becoming increasingly clear that this accelerating trend of largely unregulated commercial land acquisitions threatens not only the developing world’s farmers and pastoralists, but also the world’s forests and the people who depend on them.

That’s because as farmland becomes increasingly scarce, investors and others are looking to forest land for their food and biofuel production.

At least 400 million people are highly dependent on forests for their livelihoods.   These forest dwellers often have sustainably used and managed their forest land for generations.

They survive by gathering medicinal plants, and produce like honey and mushrooms. But they often have no formal legal claim to the land or forest resources. The forests they use now cover about 30 percent of the planet.

These people and the forests they use are increasingly at risk.

A recent report from the Rights and Resources Initiative highlights the implications: “Now that forest lands are increasingly valuable for agriculture, carbon and biofuels, there is greater pressure from investors and less interest by many governments to recognize the local land rights.”

Fortunately, international groups including the UN and the World Bank have created a tool called REDD+ (Reducing Emissions from Deforestation and Forest Degradation) to help protect the world’s forests.

This international program is designed to reduce greenhouse gas emissions through (1) avoiding the release of carbon stored in trees when trees are cut down; (2) encouraging the storage of additional carbon by leaving trees standing; and (3) promoting reforestation.

If the international community can agree on the details, at some point, REDD+ funds will flow to heavily forested countries that take steps to preserve and grow their forests.

It sounds good except for one missing element: the rights of forest dwellers.

Tens of millions of traditional people have lived in and around the forest for generations and managed the forest sustainably, taking what they need but ensuring that the ecosystem continues to thrive.

Will these people be allowed to continue using forest products sustainably and receive their fair share of these funds for preserving, protecting and managing the forest? Or will governments bypass the people and pocket all of the money themselves?

Recent headlines make clear, no matter what the source of the demand for forest land (conservation or timber), traditional forest dwellers can be the big losers as more powerful interests, public and private, force them out of the forest or preclude them from engaging in their customary activities.

This is discouraging particularly because research indicates that forests that are actively managed by local communities thrive. They can actually have lower rates of deforestation than protected areas where forest resource use is completely prohibited.

And obviously from a social stability, socio-economic and human rights standpoint, allowing these traditional people to remain in the forest makes sense.

For the past several months a team at Landesa has conducted a U.S. Agency for International Development (USAID)-funded study of the property rights implications of REDD+.

We carried out field research in Indonesia, Mexico, Nepal, Tanzania and Mozambique. One of our conclusions is that for REDD+ to be effective in the long-term, and for the world to create a sustainable forest conservation program, a substantial portion of the financial benefit must go to the communities who have the ability to manage and protect the forest.

Often that will be the local, forest-dependent community.

Such a path would require governments, many of whom are poor and cash strapped, to forgo a part of the REDD+ payments they would receive and pass the cash on to often powerless and voiceless forest dwellers. Recent reports indicate that this is not happening.

In order for REDD+ to be successful, these forest communities must have secure rights to the land where they live.  They must also receive a fair share of REDD+ benefits.

Otherwise, the remaining tropical forests will continue to shrink and we will undermine one of the most cost-effective and promising climate change strategies available.

This blog was also posted on AlertNet’s Climate Conversations blog.