Scores of women leaders from across Brazil, including indigenous and Afro-Brazilian, rural and urban, from government and civil society, gathered in Recife, the capital of the Brazilian state of Pernambuco last week to call for concrete indicators focused on women’s economic empowerment to be among the measures of progress toward the new Sustainable Development Goals (SDGs). 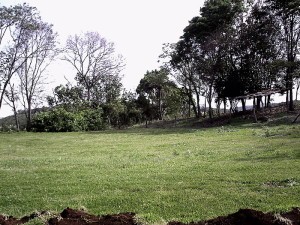 A plot of farmland in Brazil

The SDGs are currently under discussion at the United Nations and will replace the existing Millennium Development Goals which are set to expire this year. The SDGs will be the roadmap and framework to guide our global development efforts in the next 15 years. Last week’s gathering was part of a series of convenings in the global south aimed at creating awareness among women and civil society organizations who work on women’s issues. The goal is for them to be aware of the SDG process and support their participation in defining indicators and implementation approaches. The next convening will be held in Tanzania on Friday.

Our five big takeaways from the event are:

The convening, on August 7th, was co-sponsored by the Brazil’s Espaco Feminista, Landesa, the Haiurou Commission, International Land Coalition, and Pernambuco’s state land agency (Iterpe), in advance of the United Nations General Assembly in September, at which time the UN will adopt the final SDGs.

The diverse voices in Pernambuco showed that progress on women’s land rights calls for a big tent. Activists articulated several pathways to both women’s empowerment and environmental sustainability. The agendas proposed included agrarian reforms for impoverished, disempowered rural women; addressing the housing crisis in Brazil’s cities; strengthening smallholder agriculture; and accelerating the process of recognizing indigenous and quilombolaland rights (land rights for the descendants of Afro-Brazilian slaves). Our alliances are going to have to be broad, flexible, and tolerant of a multiplicity of viewpoints but at the same time remain focused on the long-term goal of strengthening women’s rights to the most important asset in their communities – land.

Patricia Chaves is the executive director of Espaço Feminista, a Brazilian feminist NGO dedicated to the economic and political empowerment of women

Malcolm Childress is the Sr. Practice Manager for Urban and Environment at Land Alliance, Inc