The Dobbs Decision Reminds Us Feminism Must Be Global and Intersectional 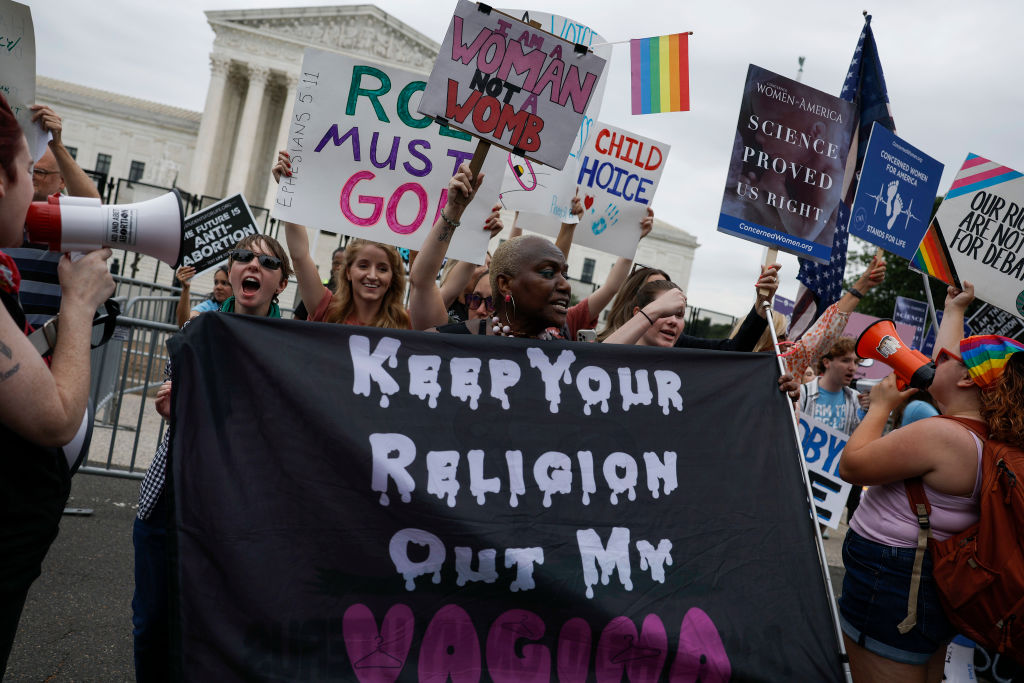 This blog was originally published by Ms. Magazine.

When the U.S. Supreme Court’s radical majority overturned Roe v. Wade, it destroyed rights countless women fought and died to win some 50 years ago. But the Dobbs decision went far deeper: It reaffirmed the historical denial of women’s equal citizenship. The majority argued the right to abortion is not “deeply rooted” in U.S. history and tradition, referring to over two centuries ago, when women were legally chattel under the doctrine of coverture and could not vote, hold property or enter into contracts—a time when they belonged not to themselves, but to men.

To reclaim reproductive rights and achieve gender equality amidst a strong backlash, we must establish women’s “equal legal personhood” and eradicate the patriarchal notion about women’s second-class citizenship. To do so, our vision for gender equality must be unrelenting and holistic. The women’s movement must seize this opportunity to cultivate fierce intersectionality at home and to deepen bonds of sisterhood between U.S. women’s movements and feminist movements globally. After all, Dobbs will have an impact around the world. And when women’s human rights are violated, the whole planet suffers.

Yet across vast differences in culture and identity, climate change and poverty affect women disproportionately as a result of gendered discrimination. Women of color and women living in poverty have suffered most—and again stand to suffer the most now without federal protection for abortion rights.

Around the world, we see these commonalities: Women are denied equal bodily autonomy and equal rights to land and natural resources. We also see the reverse: When women have rights to land, they have greater agency, including increased autonomy and access to reproductive health services. Women with rights to land can better avoid transactional or survival sex, forced or early marriage, and have reduced exposure to sexual violence and HIV/AIDS.

Rights to land flip the script of gendered power, paving the way for reproductive justice, economic equality and empowerment, and gender equality writ large. It is a keystone of this holistic, relentless vision of gender justice.

We cannot have gender equality—full citizenship for women, including reproductive justice—without economic equality, including equal control over resources like land. Women’s substantive freedom across the globe means equal power—mirroring the power men have held for centuries and currently hold, over our bodies and over Earth’s resources.

How Do We Realize This Global, Intersectional Vision for Gender Equality?

President Biden committed to efforts to ratify the United Nations’ Convention on the Elimination of all Forms of Discrimination Against Women (CEDAW), the “most important international vehicle for advancing gender equality.”

Ratifying CEDAW would catalyze U.S. leadership on gender equality globally, including on issues key to intersectionality and poverty: the CEDAW Committee has declared women’s rights to land and natural resources “fundamental human rights.” But it would also be a “central vehicle for change for women in America,” including marginalized and minority women, to secure their rights in courts, workplaces, and homes.

CEDAW would hold the U.S. accountable for progress on gender equality overall, and reproductive rights specifically. For example, CEDAW processes played a role in the decriminalization of abortion in Argentina and Mexico.

2. Advocate for ratification and publication of the Equal Rights Amendment (ERA) as the 28th Amendment to the Constitution.

The ERA has been ratified, but faces ongoing legal challenges; we can urge the Biden administration to publish it. It is imperative for the U.S. to join the ranks of the 85 percent of U.N. member states with explicit constitutional gender or sex equality guarantees.

“Alito’s draft opinion would be nullified if there were strong, explicit language in the U.S. Constitution protecting women’s equal rights,” Carrie Baker wrote for Ms. “A final push for the ERA would establish definitively that women are fully equal citizens before the law.”

3. Advocate for women’s rights domestically and globally with an intersectional approach.

Domestically, the leadership and interests of women of color and other people of color who can become pregnant must be centered as we fight to reclaim reproductive rights and full gender equality in the U.S. And women in the Global North can continue to learn from Global South movements. Wins for abortion rights in Latin America brought the Green Wave, a transnational movement for women’s rights, to the U.S. The movements for climate and Indigenous rights also require feminist, intersectional and global approaches.