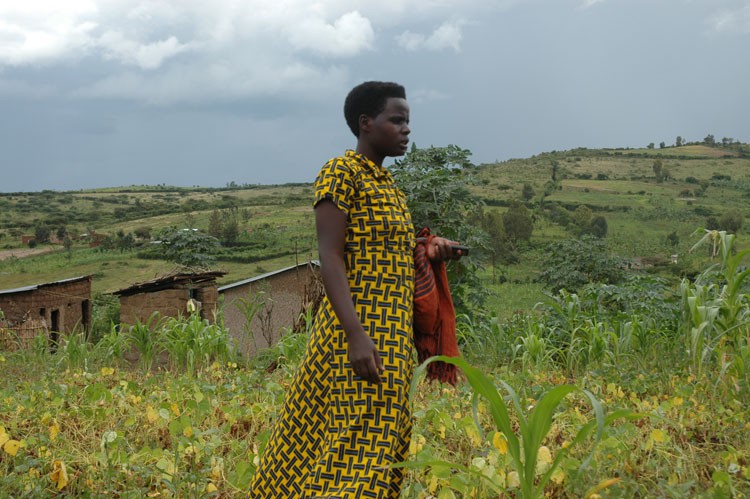 A ripple of benefits unfold when women have secure, recognized rights to the land they rely on for their livelihoods. Women gain increased economic independence and bargaining power, and enjoy greater status and say in household decision-making.

Despite promising studies about reduced domestic violence with greater land rights, other studies report increased incidence, with no definitive resolution of whether such an increase is a mere temporary spike in violence as a result of unsettled gender dynamics.

Because they are often perceived as subverting or upending traditional power relations, women must grapple with gendered violence whether they seek to claim their own land rights or champion their communities’ land rights.

During the Guatemalan Civil War, select women from the indigenous rural community of Sepur Zarco, who along with their spouses spoke out for their land rights, were subjected to forced domestic labor, sexual slavery and rape at the hands of government soldiers. Their husbands were disappeared.  This campaign of terror and brutality was a systematic response to the growing number of indigenous and campesino (peasant) farmers who started to make legal claims for their land rights in the early 1980s.

In a historic decision this year, the Guatemalan Supreme Court convicted two former military officials for the abuses committed against the women of Sepur Zarco, the first time a national court ruled that such atrocities were crimes against humanity. The decision was also momentous for acknowledging the abuse was triggered by the community’s attempt to register the land they depend on for their livelihood, lives, and identity.

But such gender-based attacks against women defenders of land and resource rights are not an artifact of the past. According to Global Witness, 2015 was the worst year on record for killings of land and environmental defenders – people struggling to protect their land, forests and rivers.

Women human rights defenders, like the fierce Honduran activist, Berta Cáceres, face increasing threats of violence and murder as a consequence of their efforts to protect and claim land rights for themselves and their communities.

While both men and women defenders face threats and violence, women defenders are often targeted for both their work and their gender, subjected to gender-based violence (GBV) and gender-specific risks and biases.

While gendered-violence as deterrence from public activism remain a societal scourge, the most common form of violence against women is perpetrated by their male partners or kin.  Worldwide, more than a third of women experience intimate partner violence, according to the World Health Organization.  But when women have solid rights to land – in some contexts – they may be less likely to face gendered violence, especially within their homes.  Studies from India and Latin America suggest a promising trend to reduce domestic violence against women.

In Kerala, India, researchers found that only 7 percent of women who owned immovable property were subject to physical domestic violence, as opposed to 49 percent of women who did not. Having land with documented rights made a bigger difference than employment or education in reducing domestic violence. In a similar study in Northern India, researchers found that female ownership of property increases a woman’s economic security and helped deter spousal violence.

But acts of violence continue. In a recent high profile case, Leena Sharma, a 39-year-old New Delhi woman who planned to claim the ancestral land she inherited, was disappeared, her near-naked body discovered in a remote forest not far from her land.

Some studies reinforce this reality of increased violence against women who assert their land rights, primarily as a result of men re-asserting their power and dominance in response to women’s increased status.  In Rwanda, women who bring land disputes to local authorities may be exposed to physical and emotional violence, often from their husband and his family.

Despite the lack of systemic and reliable data on the incidence of GBV and limited data on the scope of women’s land rights, we do know that GBV is generally prevalent and women’s land rights are commonly undermined.  What we also know is that secure land tenure can potentially decrease the prevalence of GBV through increased status within the household and community; enhanced legal rights and access to justice; greater economic independence and bargaining power; and decreased incidence of child marriage.

While more multi-country, large quantitative research is sorely needed, land rights for women may hold the key to long-term gender empowerment and reduction in gender-based violence.  As women in Odisha and West Bengal in India and on the outskirts of Yangon in Myanmar told me, “Men cannot be violent because the title to the land is in my name” and “I cannot be chased away.”