A Priceless Asset for India’s Women 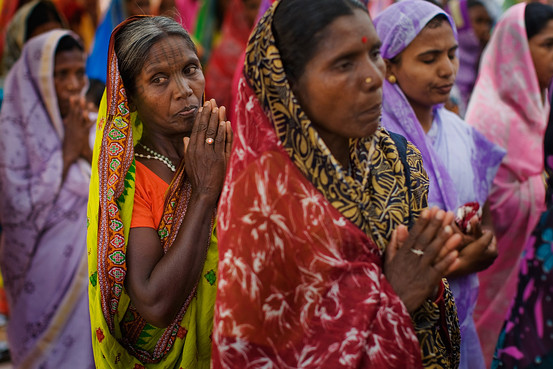 This article was originally posted by the Wall Street Journal on their India Real Time blog on April 19, 2013.

The Indian constitution says women are equal to men, and the country prides itself on gender-sensitive legislation. But even its progressive laws have had little impact on the lives of ordinary Indian women; those who live in rural areas and depend on the land to survive.

More than 80% of women in rural India are dependent on agriculture, yet less than 10% own land, the most important household asset for supporting families and providing food, income, and security.

Without land in their names, women aren’t entitled to the residence certificate that allows them to access institutional credit, such as bank loans. Without this residential certificate, tribal families can’t get a caste certificate that guarantees their children free admission to school. And they can’t take advantage of agricultural extension programs, such as government offers of subsidized seeds and fertilizers.

A new project in the western state of Orissa, where I work, shines a spotlight on the huge number of women who are farming to support themselves and their children. They act as heads of household but have no control over the land on which they rely. They are impoverished and vulnerable, in part because the government has been slow to recognize the number and importance of female farmers who are heads of independent households.

The government of Orissa has from time to time introduced progressive policies and programs to allocate land to the landless, but none have specifically targeted women, especially single women.

A family is eligible to receive land whether the head of the household is a man or a woman. But a single, widowed, divorced, or abandoned woman staying with her father or brother isn’t considered a head of household, and therefore isn’t eligible to get land. This applies even if she has children and needs to work to support them, and even if she lives with a relative because she is too poor to live independently.

If a woman never marries or if she loses her husband, she may find herself dependent on family structures that unfortunately don’t always feel obliged to sustain her. The implicit presumption in the law is that single women will be taken care of and enjoy a share of the family’s resources. But in India, this isn’t always the case; these women are often viewed as not having a right to family resources.

According to the Hindu Succession Act 1956 (amended in 2005), single women are entitled to receive a share of land from their paternal or in-law’s families. But negotiating such rights in rural India is extremely difficult.

The law intends to give women the right to share equally in decisions over land, but this puts them on a collision course with culture. The result is many women don’t insist on their right because of a fear of violence from their families.

Women can pay a heavy premium for progressive laws that intend to empower them. Such laws invariably challenge the traditional social order that requires women to voluntarily sacrifice their rights to preserve harmony in their families.

To address this problem, government officials in Ganjam district, with technical assistance from Landesa, an NGO, have established a Women’s Support Centre in each of the district’s tehsils, or administrative divisions.  These WSCs are designed to help ensure that rural single women can obtain homestead land.

The WSCs rely on Anganwadi, or healthcare, workers who visit rural areas to check on pregnant women and newborns, to identify landless women who are heads of households and single women living with families.

In about four months, the WSCs have identified 57,422 single women out of 304,754 households in 1,238 villages in rural Orissa. Government officials expect that 20% of these women will be eligible to receive government land (some could inherit land from their fathers) and others will be assisted with applications for other government programs like food supplement program.

If the WSC program extended throughout Orissa, as is likely, more than half a million single women could get land, finally bringing to life the ideals embodied in India’s laws and constitution.