What is the Surest Pathway Out of Poverty and into the Middle Class? 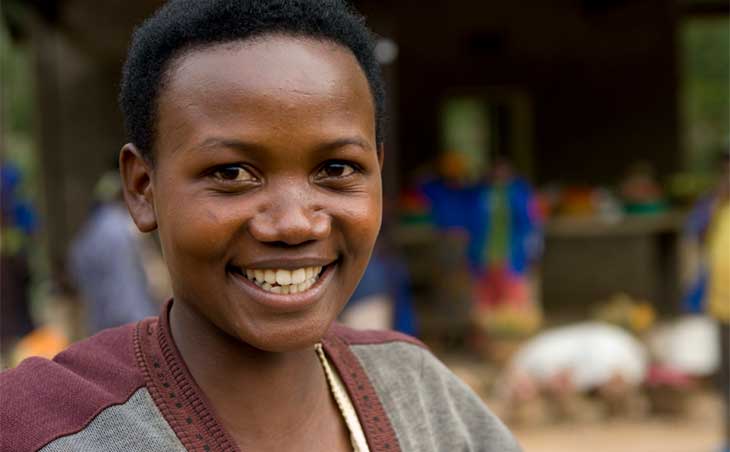 What is the surest pathway out of poverty and into the middle class?

The answer to this question depends on where in the world you live.

We in the Global North typically forget the central role that landownership played in helping people climb beyond their humble origins to achieve the “American Dream.”

In the United States, for example, the 19th-century Homestead Act and, later, post- WWII government policies to make housing affordable for first-time homebuyers, provided critical pathways to economic betterment and drove a more inclusive economy. Research finds that the gap between the African-American middle class and underclass is determined by whether their post-Civil War ancestors owned land.

Time and again, land ownership was the key milestone towards economic opportunity and mobility that has provided returns for generations – this effect fading only as the US economy developed beyond its agrarian roots.

Whenever and wherever the majority of people rely on land to feed their families and get ahead – land ownership is the single most powerful pathway to opportunity. Land ownership provides not only secure access to food and income; it is a source of wealth, power, and status, as well as a gateway to government services and an insurance and savings tool.

But government land policies in many emerging economies, from Cambodia to Cote d’Ivoire, undermine the power of land to lift people out of poverty. The lack of good land policies and land governance in many countries have prevented hundreds of millions of families from accessing land or getting ownership rights to the land they do use. This blocks their best potential pathway to the middle class and hampers broad-based economic growth.

Consider just one data point: the ownership rights to an estimated 70% of property in emerging economies is not legally documented. This lack of documentation makes the “owners” less secure and willing to invest, makes them more vulnerable to land grabs, reduces the land’s value, makes land harder to buy and sell, and harder to use as collateral for loans.

We can and must do better to provide more equality around opportunity (distinct from equality on outcomes) for those at bottom.

But, providing real opportunity for people to move their families out of poverty into the middle class requires an understanding of the key role land rights plays in the world. And too often this lens is missing from government policy makers, international donors, and even organizations working on international development.

Consider the case in India, where my organization has found that more than half of farmers in some areas do not have proper documentation of their rights to land. In some cases their name is not reflected in the government’s land records, in others they never received a title to the land they farm. In either case they farm the land insecurely, and are therefore reluctant to invest in their land to improve harvests and their lives. In such cases, unwitting development projects that increase the agricultural potential of the land can lead to more powerful interests taking the land from those who were intended to benefit.

The situation is even darker for the tens of millions of Indian families who are landless. Many of the government’s largest poverty alleviation programs assume the ownership of land. The government, for example, gives small construction grants to rural homeless families to help them buy supplies to build their own home – assuming that they already have the land on which to build a home. The government also provides poor people with subsidized seeds and fertilizer so they can grow their own food – assuming that they already have land to farm.

Increasingly, countries are recognizing land ownership as a powerful lever they can use to create opportunity.

Most recently, several Indian states have unveiled a number of models to both document land rights and provide land to the landless, some with the support of international donors such as the Bill & Melinda Gates Foundation, IKEA Foundation, google.org, and the World Bank. While living in India last year, I visited countless newly-titled landowners who talked about how their lives had been transformed by secure ownership over this precious asset. They include Shridevi, a beneficiary of one such program in Telangana, who, although illiterate, was able to put her son through graduate school thanks to the increased income and confidence she gained from her land.

Over the last decade, the Government of Rwanda launched a national land registration program with the support of the UK’s Department for International Development that titled 11 million parcels of land in the country and implemented policies to strengthen women’s rights to own and inherit land. A World Bank study found that these efforts improved women’s access to land, ensured girls’ rights to inherit land were recorded without bias and found a very large impact on investment in soil conservation measures when families, especially women, had more secure rights to land. With tenure security, families invested in the long-term health of their new asset – land.

Myanmar is currently launching a historic program with support from the U.S. Agency for International Development to provide landless families with secure rights to a small plot of land. This land program in Myanmar should help up to four million of the poorest families on earth take their first steps out of extreme poverty, support broad economic growth, and further the country’s remarkable democratic transformation.

Such programs should be supported and expanded to create a chance for upward mobility. Because when opportunity for success is not broadly distributed, both in the US and abroad, we all lose.