From Norway to India: the Importance of Land Rights to Increasing Opportunity and Prosperity 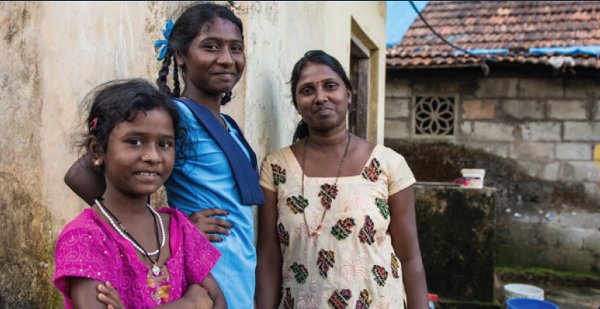 This post originally appeared on Land Portal, and was developed from remarks at the 2018 India Land Development Conference.

I have been working on issues of land rights for more than 31 years in more than 22 countries, but no country has captured my attention, focus and heart more than India.

I have a deep affinity for India.  In the years living and working in India, I have learned so much – especially from land-poor rural residents, but also from leaders like Dr. Tajamul Haque, a well-known agricultural economist in India, and from my Landesa colleagues and partners.

Some of you know that I am also married to a South Indian, Chitra, and we have four wonderful kids whose Indian names and looks – fortunately have them identifying much more as Indians than as European-Americans like their father.  In fact, my youngest daughter when she was very young and while we were living in India once said to me, “Dad, how did you get to become part of our family when you are not Indian”.  Well, I like to think of myself as at least part Indian and I hope you will excuse me for so thinking.

As I get older, I sometimes reflect on what it is about land rights that has drawn me in.  I have come to believe that the deep connection to land is related to the connection between land and story – stories of individuals, families, communities, and even nations.  I have come to see that the power and opportunity inherent in land rights so often helps to define the trajectory of a person, a family, a community, and even a country.

My own life and family history provide an example.  You see, I am the grandson of Norwegian immigrants to North America.  My maternal grandfather grew up a poor, uneducated orphan working as a farm laborer in Norway.  His dreams as a young man were to save enough money to first lease in and then perhaps purchase his own farm.  After chasing this dream for a while as a young man in post-World War I  Norway, he realized it may take him decades and may in fact be impossible.  So he pursued another livelihood option.

He migrated across the ocean for better paying work in America.  He found work as a laborer in a logging camp where he worked his entire career, earned enough money to have my grandmother join him in American several years later.  He never did become a landowner and lived a difficult life of a manual labor.  He lived and died a very poor man, but made sure that his children worked hard in school and received a good education.

My father’s side also came to America from Norway.  They came to America with some small savings and were able to buy a small plot of land which they cleared and began farming – some subsistence crops but also strawberries and some animals which they marketed.

Owning land put my father’s family on a more solid economic foundation.  When my paternal grandfather died suddenly in his early 50s, my grandmother inherited the farm and was able to support herself into old age through the farm and later with the money she earned from selling the farm.

As a young boy, growing up in a rural agricultural community, I spent my summers working on local farms.  It was there – as a boy of about 10 years old – I encountered other laborers who were migrants from Mexico – entire families who were extremely poor but worked so diligently in the fields.  In befriending one of the Mexican boys about my age, I learned that they too had come to America searching for opportunity because they had been landless and poor in Mexico.  They too hoped to earn enough money to buy a house and some land and farm in the US.

I came to understand the importance of land rights and land ownership at an early age; and could see from my own family history and the experience of so many families in my community that owning land could often make a transformative difference in the trajectory of a person – of a family.  It was not the only way in an agrarian community to advance in life, but having land of one’s own certainly increased opportunities.

I imagine that most of you too can look at your personal history or your longer family history and point to how owning land or not owning land, buying land or losing land, made a transformative difference in that history.

It is also clear that issues of land rights and governance determine the trajectories of countries.  When I went to school, I studied history, and political science, and later law.  In studying history, I became fascinated with how different countries approached the “land question” – how to allocate and define rights to land.  I learned how so many wars over the years were fought over issues of land.  Nearly all the revolutions of the 20th century – the century in which most of my life has been spent – were fought over perceived inequities of land.

In looking at these issues more closely, I found that decisions around land policy often changed the social and economic trajectories of countries and regions.  Countries that made policy decisions resulting in land rights that were both broadly distributed and secure achieved faster and smoother paths to long-term prosperity and peace.

Providing secure and broad-based land rights makes transformative differences at the country level – but also at the personal level.  At the level of the individual, household, and community, a growing body of literature shows that when poor people and communities have secure land rights, good things happen.

Studies demonstrate that when people gain secure legal rights to land, they are willing to make productivity-enhancing investments in the land, which increase yields, increase income, and increase wealth.

In many settings, obtaining legally documented rights to land provides access to credit, to government services, to crop insurance, input subsidies, and even tuition waivers.

It reduces conflicts and crime.

It is not enough, however, to focus on the household as a unit.  Who within the household has land rights is fundamentally important.  Studies show that when women share in legal rights to land, even more good things happen.

Larger portions of the family income are directed to children’s nutrition and education.

So, land policy, land governance, and the land rights matter enormously for economic and social outcomes – certainly for the most marginalized – but for everyone.  Rich and poor.  Rural and urban.

In India, this is certainly true.  Land has been and continues to be of enormous relevance – economically, socially, politically, culturally and spiritually.  The way in which access to land can be obtained and its ownership or rights documented is at the core of the livelihood of a large majority of the poor, especially in rural and tribal areas.  In urban areas, accessing and obtaining secure rights to land is critical for housing, accessing government services, and, often, establishing and growing businesses.

Land policies and administration are critical determinants for governance, for accessing land for residential and business use, and for the development of the financial sector.  Land also continues to be a major source of government revenue and a key component for implementing government programs.

A McKinsey study(link is external) from a few years back of India found that insecure land rights and the resulting land disputes and dysfunctional land markets were robbing the country of 1.3 percentage points of economic growth per year – an enormously costly impediment to faster economic growth.

In sum, the challenges of addressing poverty, sustainable and inclusive growth, and good governance are critical for India.

One benefit of working on the same topic across much time and space is that trends across countries and across the globe come into sharper focus.  And generally speaking, over the past ten years or so, land rights issues have been substantially elevated in policy dialogues and the network of actors working on land rights has substantially grown from a small base.  This is true across the globe and it is true in India.

Globally, one only needs to look at the Sustainable Development Goals (SDGs).  In the earlier Millennium Development Goals developed some 20 years back, land rights could not be found. In the recently developed SDGs, land rights are explicitly integrated into targets under three goals – poverty, food security and gender equality.  We will come back to the SDGs later, but this change from the MDGs to the SDGs is reflective of the emergence of land rights issues in global development agenda dialogues.

There appears now to be a growing consensus among policymakers in India that land governance and administration – which fell into neglect as revenue officers had to attend to myriad other duties – are in urgent need of improvement to fill India’s development challenges of the 21st century.

The key question is not “whether” but “how” to go about the task most effectively and which land policy topics need to be addressed and prioritized to ensure that doing so will have the greatest impact on reducing poverty and promoting inclusive growth.