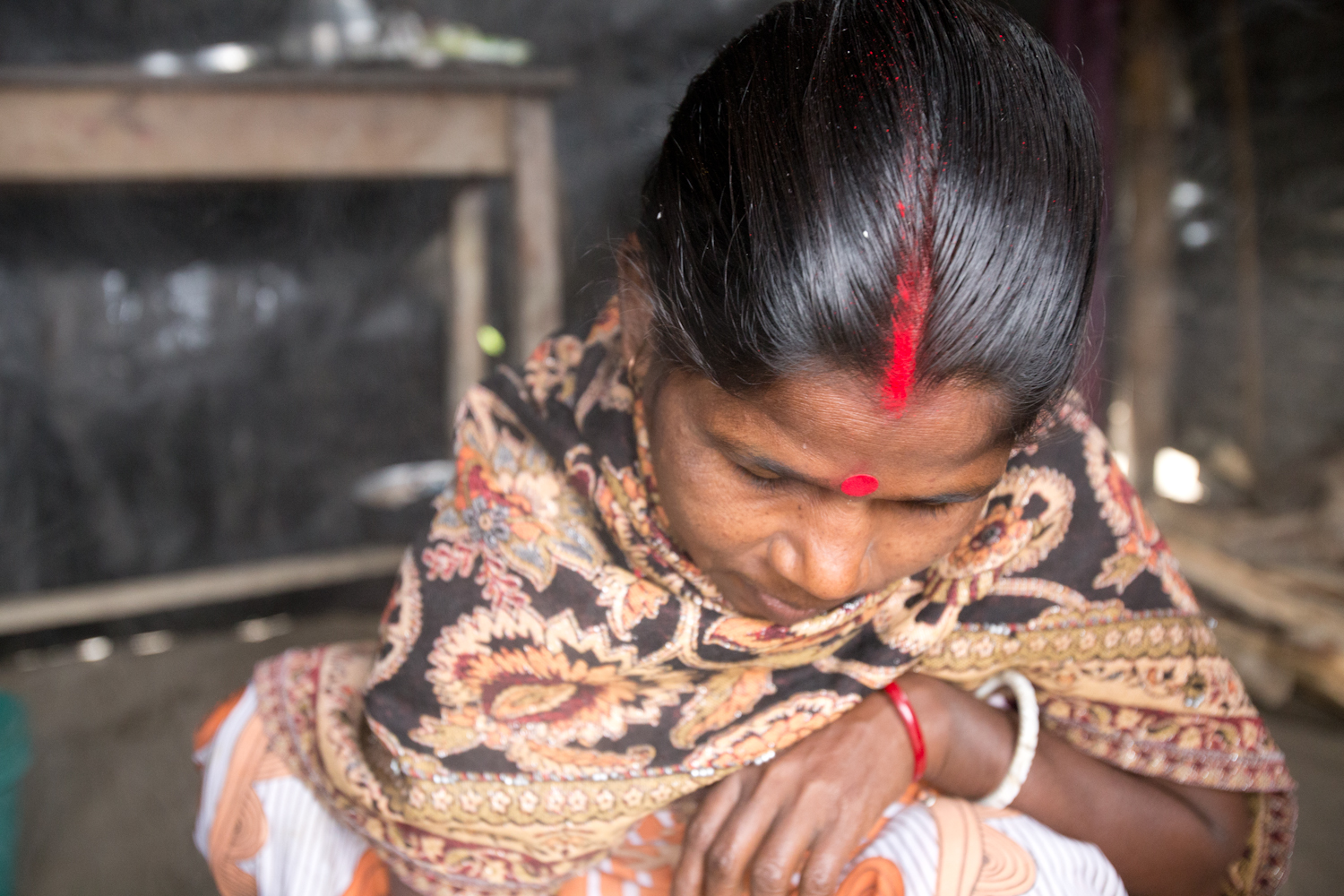 This blog was originally published by The Future of Earth.

The ideal of a married woman decorated with sindoor, sakha, and bichiya is romanticized through legend and folklore; steeped in this culture, women themselves see value in these rituals. Millions of women in India do not even imagine that these discriminatory and patriarchal rituals are not supernaturally ordained and blind them to the reality that the revered status given to suhagins causes untold suffering to any woman (widow) who does not fit the ideal.

In June this year, the Sikkim High Court in northeastern India noted in a divorce plea that a married Hindu woman essentially denies her marriage if she will not wear the traditional sindoor (a layer of vermillion worn in the hair parting) and shaka (the bangles made out of conch shells).

Wearing sindoor and shaka is expected of all married Hindu women in this region of India, though varying ritualistic norms for married women exist across the country. In Bihar it is glass bangles and orange sindoor, in Uttar Pradesh it is bichiya (a toe ring) and nose-pin along with red sindoor; and in Maharashtra it is mangala sutra (a necklace with black beads).

Similarly, married women are also expected to celebrate certain festivals (karva-chauth, haritalika teej and vat-purnima) and observe fast. Often, they go without even a sip of water throughout the day and pray for the health and longevity of their husband.

Observance of these rituals and festivals are proud declarations that a woman is married and that she belongs to someone – her husband.

Proud? Yes, you read it right.

These rituals separate married women from others and give them a revered higher status compared to other women, including widows or women who are separated from their husbands.

When a woman’s husband dies, other married women in the family and neighborhood surround her and strip the widow of these marital decorations. They break her bangles, smudge the sindoor, slit the mangalsutra, remove the bichiya; and then the widow cannot wear these ever again. Nor does a widow observe the fasts described above. She is also considered unlucky, and so is forbidden from participating in other ceremonies thought to be auspicious, including weddings and child-naming ceremonies.

Pooja, a 16-year-old child widow in Rajasthan, was married at 13 and became a widow even before her gauna (when a girl goes to her husband’s house and stays with him).

She used to live in a small hut on the outskirts of the main house, where her parents and other family members lived. I saw a small piece of red ribbon in the iron box in which she kept her dull-colored clothes and a few other belongings.

“What is this ribbon for?” I asked her. She said she places it in her hair part and looks at the reflection in a steel plate (because she is not allowed to have a mirror). She wanted to imagine how beautiful she would have looked if her husband was alive. Her shame was obvious as she told me this. She said she would see other girls of her age in the village and wish she was a ‘suhagin’ (a married woman whose husband is alive).

Then there was Sudevi, a 30-year-old widow in a village in Uttar Pradesh. Recounting the ordeal of losing her husband, she said, “While they were stripping off my jewellery and washing the color off my forehead, I kept thinking that these people—my relatives, my neighbours and my so-called friends—are not my well-wishers. My life is devastated. And all they care about is their merciless customs.”

She explained the dilemma imposed on her by society: “If I put on a white sari, give up fancy food, and spend the rest of my life decaying in a corner, then I am a cursed wife who loved her husband and now deserves this life of renunciation. If, on the other hand, I refuse to conform to these rules, then I am a woman of bad character who did not love her husband.”

I wonder how systematically these rituals and customs deprive women and girls of joys in life. Patriarchy so efficiently uses strong cultural norms—even in moments of grief—to further the oppression of women.

The ideal of a married woman decorated with sindoor, sakha, and bichiya is romanticized through legend and folklore; steeped in this culture, women themselves see value in these rituals.

A recent study by UNDP reveals that close to 90 percent of men and women globally hold some sort of bias against women. Rituals that appear small and harmless by themselves play a critical role in shaping attitudes and beliefs. Decisionmakers are not immune to these influences, and their biases end up entrenched in law and policy. The report notes that countries with higher levels of biased social norms tend to have higher levels of gender inequality.

Millions of women in India don’t even imagine that these discriminatory and patriarchal rituals are not supernaturally ordained. These norms blind women and men to the reality that the revered status given to suhagins causes untold suffering to any woman who does not fit the ideal.

But there is hope—and a path—for change. Whenever advocates for gender justice, both women and men, speak and act to shift these norms, is another step toward progress. And with each step, our culture moves closer to a time when a woman’s love for her husband is not measured by her choice to follow these rituals.