Why are tribal women in India still robbed of their land rights? 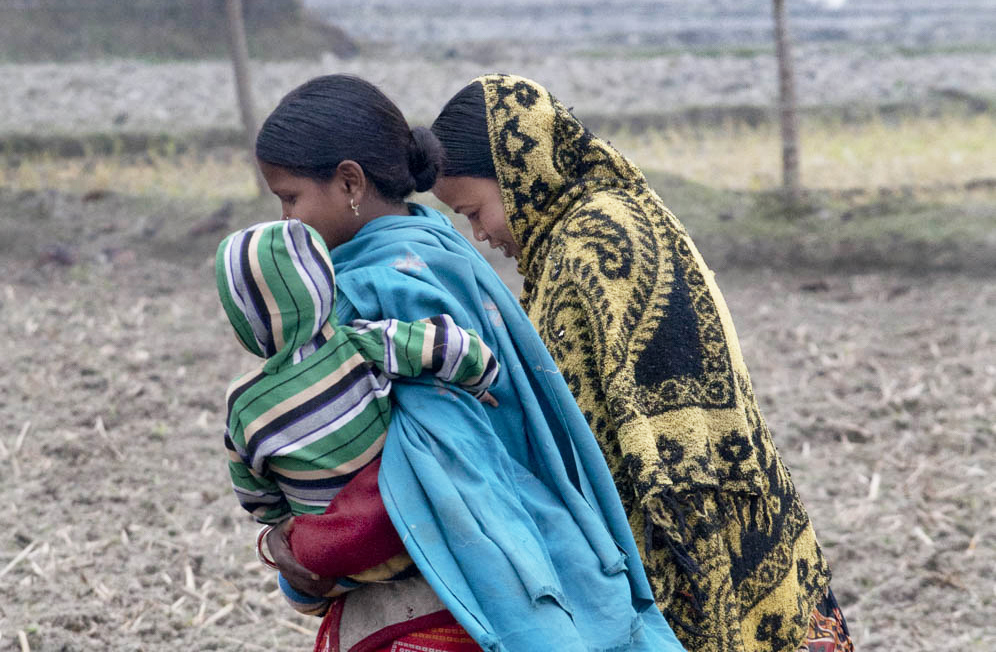 This op-ed was originally published by Thomson Reuters Foundation.

When Talabitti’s husband died in 2016, her claim to the family land seemed to die with him. Though her husband had worked the family land by himself, upon his death his male cousins laid their claim. If Talabitti attempted to make a competing claim, they threatened to drive her away – with violence, if necessary. Sadly, this threat materialized.

Newly widowed, Talabitti needed money and tried to harvest some trees from the land. But the cousins, brandishing machetes, attacked her and the laborer she had hired to harvest the trees. They took the trees and sold them and kept the profits. Because her son was a minor, he could claim nothing, not a single penny – never mind that Talabitti should have an inheritance claim in her own right.

Today, she works as a wage laborer on another farmer’s land, even though her family still has land of their own.

For Talabitti, who lives in Jharkhand state in eastern India, and many other women in Scheduled Tribe communities, this experience is an all too typical example of how women are routinely disinherited. When it comes to land ownership, India’s culture and practices have always been discriminatory to women, but women in tribal society are doubly disadvantaged, first as women and second as tribal women.  Widowhood only compounds these problems.

Inheritance rules for tribal communities are governed by customary laws, not by statutory rules that apply in non-tribal areas. In Jharkhand, where Talabitti lives, these rules are locally recognized and widely accepted by the community. They also have the force of law.

Most tribal communities in Jharkhand believe that their customs are sanctioned by their ancestors. The customary practices seek to preserve the ownership of property in the hands of the male and do not generally allow women to own land.  These laws provide women – mothers, daughters, sisters, and wives or widows – only with rights of maintenance during their lifetimes. This primarily means receipt of food, clothing and shelter. While policymakers and community leaders believe that maintenance rights serve the interests of women, in reality these inferior rights often become a source of conflict and lead to violence.

Why is this so? The lawful ‘owners in waiting’ who are men by default, see a single woman – whether a widow, sister or mother – as a barrier to the full control over and enjoyment of their rights.  They perpetrate all kinds of violence – physical, verbal, emotional, sexual – to evict women from the land or the property that they are waiting to own.  The secondary status accorded to single women like Talabitti makes them more vulnerable to oppression, humiliation, and suffering.

This problem takes another, tragic form.  Jharkhand is infamous as the location of violent “witch hunting.”  Several scholars report land seizure as the most frequently motivating factor in witch accusations and persecution.  These practices, shocking in their depravity, include beatings, burnings, extreme acts of sexual violence, torture, humiliation, rape, and murder.

Witch persecutions and the threat of being accused as a witch, taken together with other acts of gender-based violence, create a tremendous chilling effect that silences many women, and leads them to forgo claims on land to avoid harm. These conditions violate international norms and principles.

The United Nations Declaration on the Rights of Indigenous People declares that States shall take measures to ensure that indigenous women and children enjoy the full protection and guarantees against all forms of violence and discrimination. In India, the principle of equality and equity are deeply enshrined in the Indian Constitution, which also empowers the States to adopt measures of “positive discrimination” in favor of women as well as tribals for neutralizing the cumulative socio-economic, education and political disadvantages that they face.

Yet conditions tribal women face in Jharkhand and other states are far from this standard.  Even statutory rules designed specifically to protect the interests of Scheduled Tribes utterly fail to recognize women as independent individuals and subsume women’s interests to the arbitrary actions of men.

As we celebrate another International Women’s Day a key question is: should women continue to be subjected to this pervasive inequality and indignity?

The answer should be a resounding “No.” But to improve conditions, we need to travel a long and difficult road to ensure legal and social systems do the hard work of securing fairness, justice and equality for women.

This will require reviewing and, in some cases, revising land laws to ensure gender equity. It will require the sensitization of community and other leaders to fully grasp the rights and needs of women and the tremendous costs to women and families of ignoring rights.

And, there is a need to build women’s knowledge of land laws and their rights under these laws, and to strengthen their collective agency in exercising these rights.  By taking these steps toward equality we can deliver the most precious gifts to those women in our communities who face the greatest challenges: dignity and opportunity.