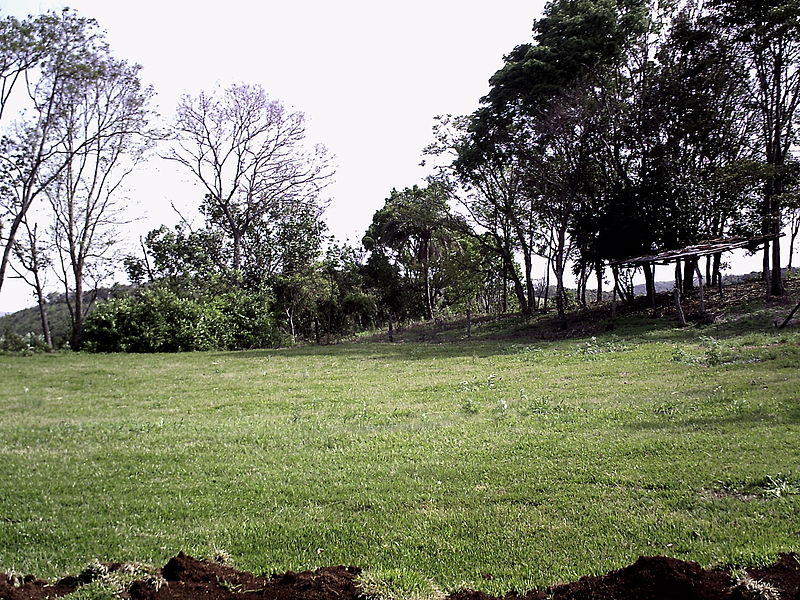 This blog was originally published by SDG Funders.

On Feb. 1, 2017, Espaço Feminista hosted a forum in Bonito, Pernambuco, Brazil on women’s land right. Our objective was to bring the SDG discussion to the local level, where changes really occur. The event brought together a diverse audience: members of the women’s movement, academia, researchers, civil society and the local, state and national governments to advocate for women’s land rights. Our ambition was to give women the opportunity to directly discuss land issues with all levels of governments and represented a milestone in the development of a local movement of women activists cooperating with all levels and branches of government. The talks also represented a breakthrough in using the SDGs and their proposed indicators as a framework for clarifying commitments and monitoring the government’s actions in providing equitable and secure land rights for women. The meeting was an unprecedented accomplishment for women’s land rights activism in Pernambuco. It attracted participants from institutions and municipalities within the territory of Agreste Central and was covered in the news.  Out of 81 participants, 56 of them were from grassroots women constituencies representing a plurality of voices and identities. These stakeholders focused on the joint actions of women’s groups and government agencies to implement and measure public policies that can contribute to the achievement of selected SDGs and their targets, based on a set of localized SDG indicators adapted to the specific Brazilian reality.

This new movement in Brazil’s Pernambuco state uplifts the power of the women’s movement with the capacity state and local government to tackle the problem of land rights for women using the SDGs to define targets and monitor progress. With support from international organizations, including Huairou Commission, Landesa, and Land Alliance, the movement is beginning to make a difference as government has started to respond to the local interest of incorporating frameworks developed by the grassroots.  This is just the beginning of a long and challenging path ahead to ensure equal land rights for women.

Harnessing the SDGs to a local initiative is an innovative and powerful approach that is showing results.  SDGs provide internationally agreed upon objectives and a detailed set of indicators which local movements can utilize to create a ready-made monitoring framework for progress. Taken together, this “global framework—local action” approach is offering new opportunities to scale up and speed up progress in women’s land rights.

Land rights are a highly local issue and making progress requires local social mobilization, local understanding of the problems and a local responses by government to address the issue. But local activism around widely dispersed and long-standing issues like women’s land can be easy to ignore by the government.

Bringing a wide range of stakeholders together

The gathering in Bonito reviewed our monitoring process that collects and analyzes data from official databases such as IBGE to measure change in specific issues related to the selected targets. Bonito forum represented a breakthrough in that process: for the first time in that process, the official data collected on the Agreste Central territory was presented to a diverse audience of stakeholders. The data created a powerful center for the discussion about women’s land rights and allowed the grassroots women to lead the discussion. The examples presented on women’s situations clearly depicted the problems related to land access, use and control and how these problems affect women’s capacity to live in rural areas and force them to migrate to the periphery of the cities, where they face inadequacy of housing, infrastructure and basic services. These data strongly supported the women to present their claims and priorities to government officials. The reaction was very positive and an agreement was reached between the different participants. We promised to continue to work across the territory assisting the local groups in monitoring public policies implementation and measuring the changes.

The gathering put together and gained the commitment towards that process from a comprehensive number of stakeholders. It drew representation from all levels of the government, such as the Ministry of Agrarian Reform, State of Pernambuco Government through the Women’s Issue Secretary and the President of Pernambuco Land Institute, the Mayor and the Deputy Mayor of Bonito, the President of Bonito’s City Council, municipal secretaries from the local governments, the judiciary (Pernambuco Public Ministry and the Agrarian Tribunal), NGOs, and academia. But most importantly,  a diverse group of women representing indigenous, rural workers, family farmers, urban, and landless groups participated in the meeting.

The discussion was an excellent opportunity to share the “bottom-up” SDG monitoring methodology with women from different countries of Latin America. Representing large networks and women’s movements from the region, the group who attended the Local Dialogue in Bonito left with a strong commitment to join forces with Pernambuco movement in using the SDGs to advance women’s land rights in the region.

The main lessons learnt from this process are:

The Pernambuco movement is taking an innovative approach by making land rights a focus of the women’s movement, breaking new ground beyond traditional issue areas like education, health, sexual and reproductive rights, and domestic violence. Linking local movements to the SDGs and monitoring indicators helps local activists to find common grounds with international actors, and provides a mechanism to monitor progress based on data.

As organizers of the event we were privileged to work with local and international leaders who are the power behind the Pernambuco movement. We are optimistic that the SDGs can help women and local governments achieve more success for women’s land use issues.

Malcolm Childress is an Executive Director of Land Alliance