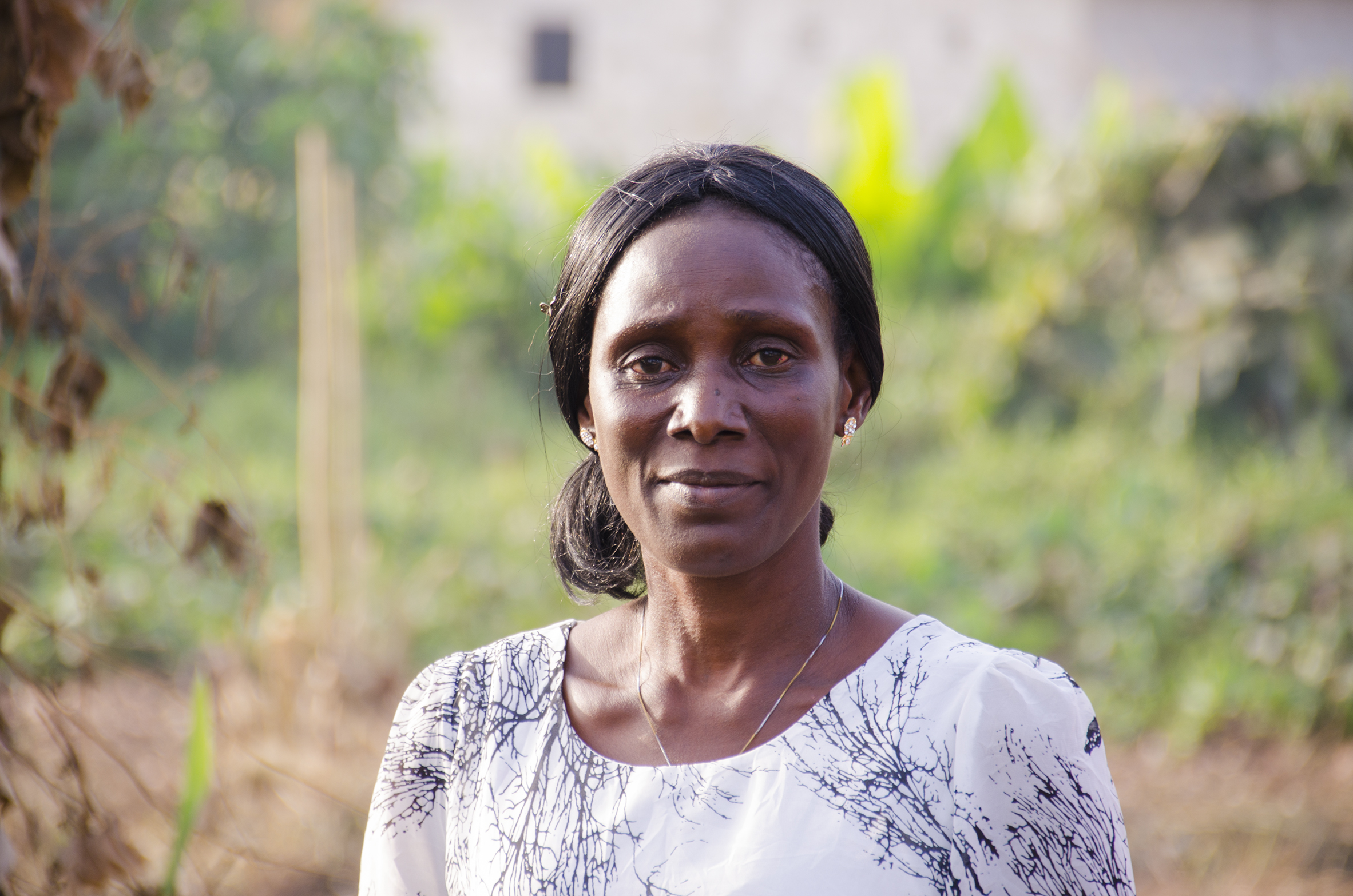 When her father was living, Kou Berpa recalls, she and her mother were free to cultivate the family’s land. No one encroached on the 100 acres that Samuel Berpa held in Nimba County, northeastern Liberia. Kou had even planted a stand of rubber trees, a valuable commodity crop in the lush West African country.

But today her rubber trees are ash, and Kou and her mother are barred from their land. When Samuel died in 2016, Kou’s uncles drove the women off. They cut down her rubber trees and burned them to sell as coal for cooking. When Kou protested, her uncles responded with threats.

“They told me that women can’t talk about land business,” she said. “They said I have no right to talk about land, and if I continue, they might try to harm me.”

Unfortunately, Kou’s experience is not uncommon in Liberia, where land and inheritance rights often pass by tradition along the male line, despite a guarantee of gender equality in the country’s constitution. While the world convenes to “Press for Progress” on International Women’s Day March 8, Kou is a reminder that far too many women’s rights to land and property are governed by regressive social norms. In fact, in more than half of all countries, women encounter barriers to their land and inheritance rights by law or custom.

Like many women in the developing world, Kou depends on land for a living, and on her relationship with a male relative for the rights to that land – in this case, her father. When he died, those rights disappeared. Her uncles were unequivocal – she had no right to her father’s land.

“Even if I want to plant my own rubber, my own personal rubber, they told me I should not do it – because women don’t have access to property,” Kou said.

Instead, Kou was forced to move to another city and borrowed a small parcel of land – less than an acre – to plant corn. She pays the landowner a small fee to use the land, and will give him a portion of any of the crops she harvests. But she’s reluctant to improve the land or to plant a more valuable crop, because her rights to it aren’t secure. Rice would bring more income, but she fears the landowner could wait until she cleared the land and prepared to grow rice, then evict her so that he could use the ready soil.

“I’d be forced to leave, because it’s not mine,” she said.

Working this small plot and banking on the landowner’s continued goodwill is the only option for Kou, 42, a single mother and grandmother, to earn a modest living. With the proceeds, she hopes to help pay the school fees for her grandchildren, Franklin, 6, and Theo, 3. She is raising the two boys while her adult son works in another city.

“I don’t have anyone beyond me. I want them to go to school so they can learn for tomorrow to support me,” she said.

Kou says she does see the potential for Liberia to change in her lifetime – but only if her government enacts legislation to protect the rights of women.

“I want the government to enforce our rights to decision-making (on land),” she said.” When it comes to land business, I want women to be able to hold a portion of land as their own property.”

As Liberia’s legislature debates a Land Rights Bill that could secure land rights for millions of rural Liberians, a coalition of local civil society groups and international organizations like Landesa and others are working to ensure Kou’s dream becomes a reality. 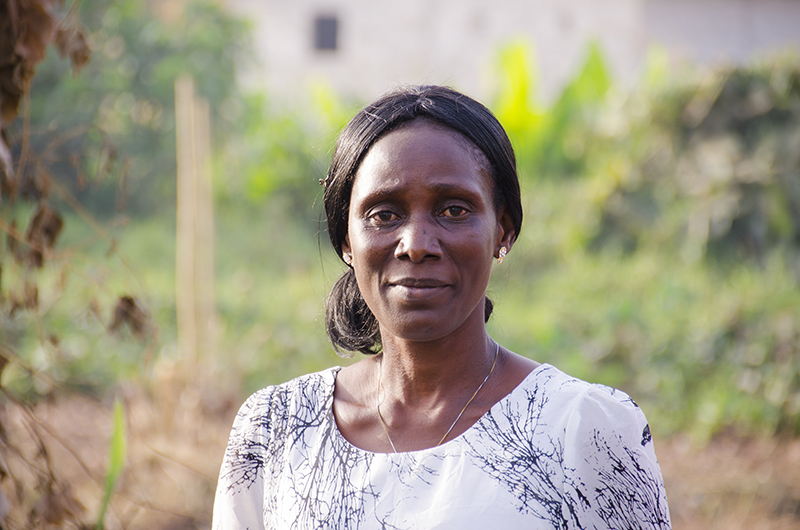 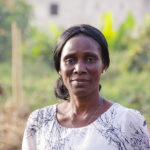 When her father died in 2016, Kou Berpa was evicted from her family’s land by her uncles. “They told me that women can’t talk about land business,” she said. 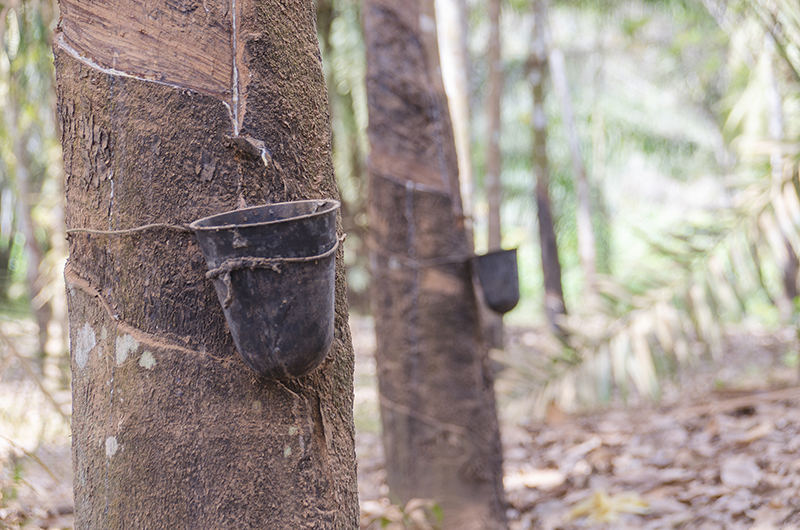 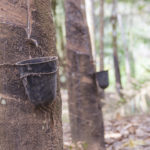 Rubber is a prized commodity crop and one of Liberia’s top exports. Before her father died, Kou was cultivating a stand of rubber trees on her family’s land – but the trees were confiscated by her uncles and harvested for coal fuel. 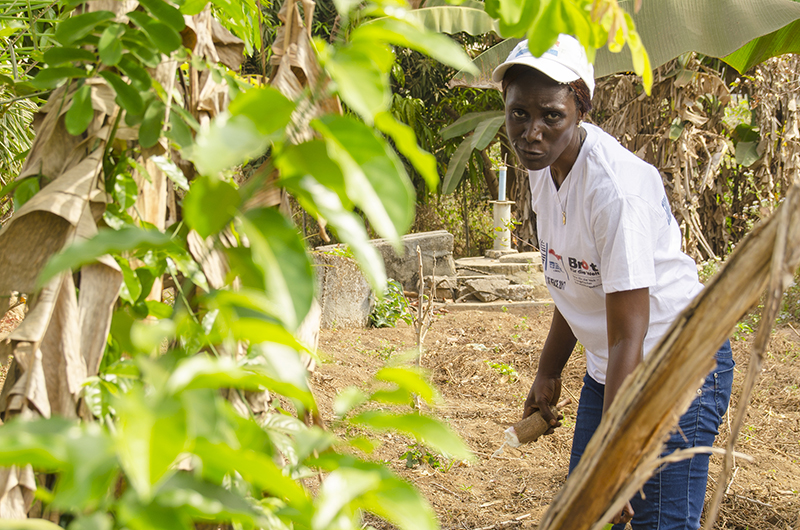 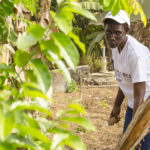 Today, Kou farms maize on a small parcel of land that she is leasing from a landowner in Nimba County, Liberia. But her rights to the plot are insecure, and she is reluctant to make improvements or plant a crop that would generate more income. “I want to plant rice, but when the land is ready and he sees the place cleared out, he could tell me to leave the land because he wants to plant something there,” she said. 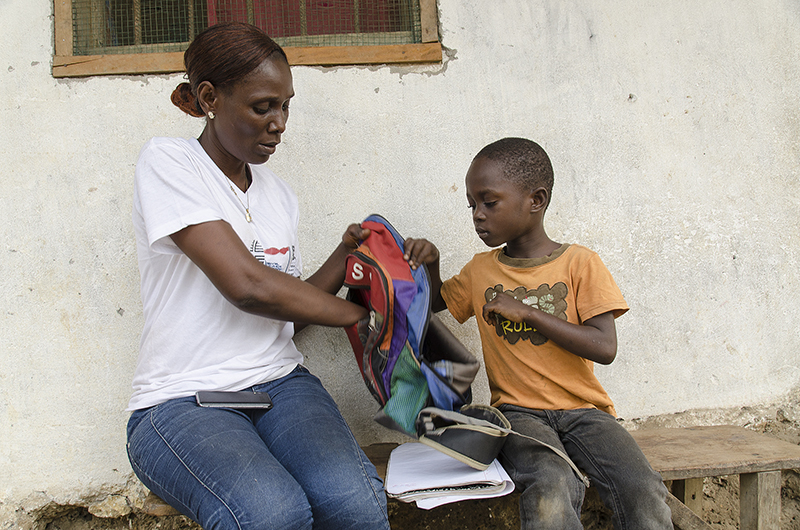 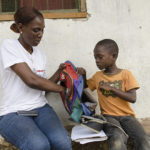 Kou is raising her grandchildren, Franklin (pictured) and Theo, while her adult son works in another city. 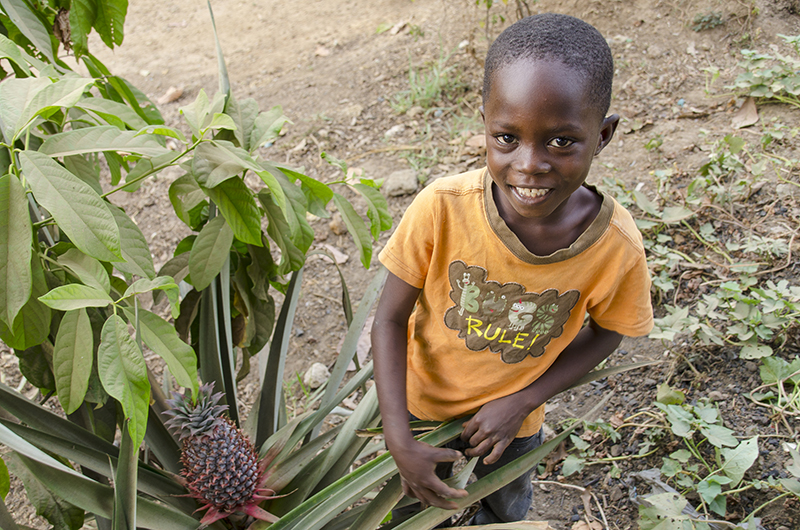 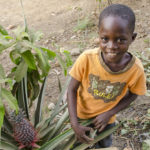 Kou plans to use income from her maize harvest to help pay school fees for 6-year-old Franklin (pictured) and 3-year-old Theo. “I don’t have anyone beyond me. I want them to go to school so they can learn for tomorrow to support me,” she said.