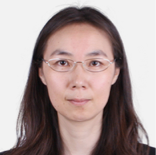 Li Ying is a women’s rights expert with over a decade of experience. She is the Executive Vice Dean of the School of Law at the China Women’s University (CWU). In this position, she supervises the overall management of the law school, and teaches and conducts research in the areas of international economic law, international human rights law, and women’s human rights. She also serves as the Secretary General of CWU’s Research Center for Women’s Human Rights and was the Vice Dean of CWU’s School of Sociology and Law (2008-2011). Additionally, Li Ying has contributed to several initiatives supporting women’s rights in China, including the development of a legislative proposal for the guarantee of the rights and interests of women, an investigation into suicides of rural women, and a cost-benefit analysis of anti-domestic violence law. She also helped organize the International Symposium on Violence and Sexual Harassment against Women (2010) and the International Symposium on Gender Discrimination and Its Remedies (2007). And for several years, she has served as a volunteer expert at the Legal Aid Center of the All-China Women’s Federation.